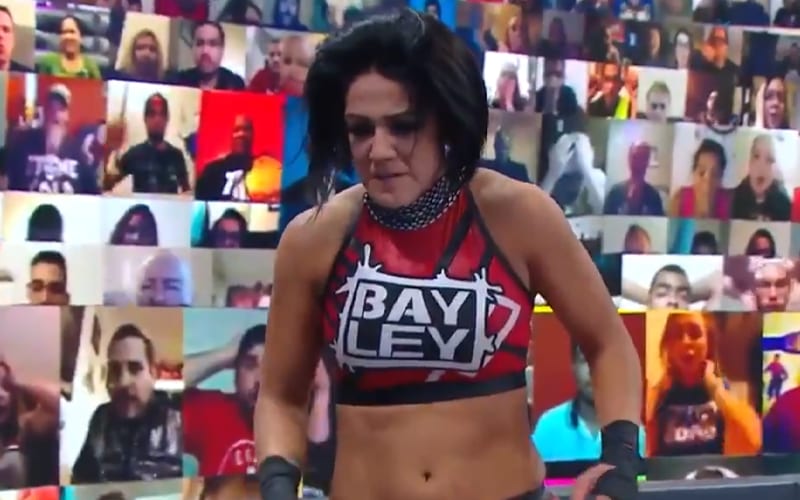 The Golden Role Models once held all the women’s gold on the WWE main roster. They lost all of those titles except for one. Bayley might have let her title reign get to her head.

Sasha Banks and Bayley were unable to defeat Nia Jax and Shayna Baszler on SmackDown this week. That meant another WWE Women’s Tag Team Title reign was dashed.

Following the match, Sasha Banks sold her knee like it was injured. They came back from commercial and Banks was still in the ring being tended to by the medical staff.

Bayley helped her friend out of the ring and suddenly, she laid Banks out with a kick on the apron. Bayley beat Banks around the ring and concluded her attack by smashing Sasha Banks’ face against the mat several times before getting a chair to further apply damage. This ended with Bayley stomping on a chair wedged around Banks’ head.

This move splits up the Golden Role Models. It has been coming for a long time and their team finally imploded on SmackDown this week. It appears that Banks might also be out of action for a while to sell this attack.