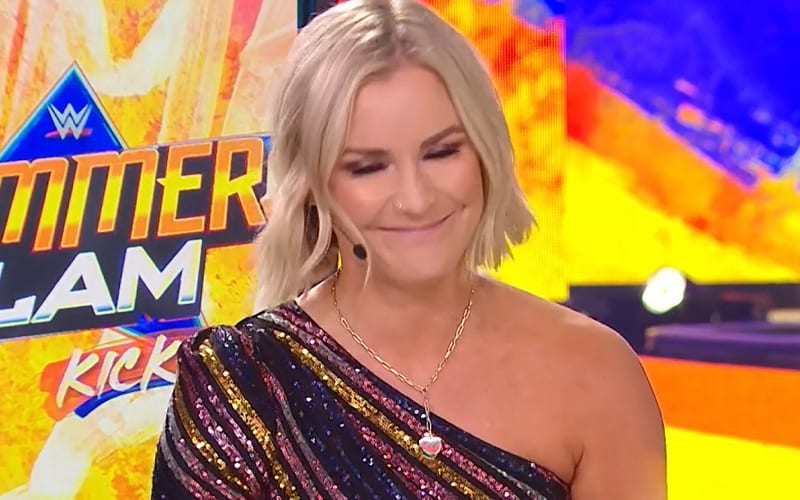 Renee Young left WWE, but she is still technically under contract with Fox Sports. She considers herself unemployed, but Renee is enjoying the down time.

Renee Paquette worked hard at WWE for eight years, and now she’s getting a break. Her phone might still be ringing off the hook with people ready to hand her the “keys to the castle” as Jon Moxley put it, but Renee is taking a breather.

During a recent Q&A, Renee Paquette was asked “what’s the best part” for her being unemployed. The former WWE announcer said slowing her mind down is the best part, but it’s not easy.

Letting my body and mind slow down. It’s not easy! I need to retrain myself to this new pace.

We’ll have to see when Renee Paquette pops up next. There was a 90-day non-compete clause attached to WWE granting her release. Now we’ll just have to wait and see if she eventually shows up in AEW like so many people assume she will in some capacity.