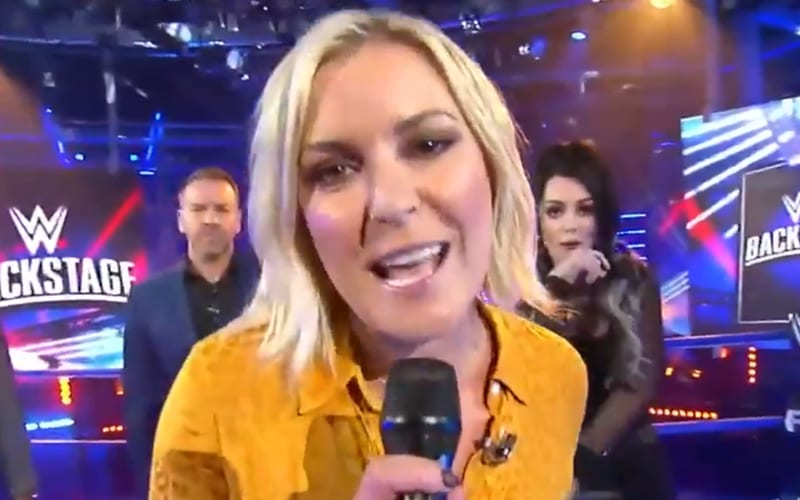 Renee Young left WWE, but she has plenty of interest elsewhere. Her husband Jon Moxley said that her phone has been ringing nonstop since the news broke.

Young has a non-compete clause for 90-days. She can’t work for any other pro wrestling company until that time expires. There’s always the possibility that she will end up in AEW, but that’s going to need to wait.

In the meantime, Renee Paquette’s phone has been ringing nonstop with people wanting to give her the keys to their own castles.

“I assume that… I rather let her tell you her story,” Moxley said. “I expect her to part in her own ways because she has a strong wrestling-related fanbase and she has such a strong connection to wrestling. I expect her to probably have some kind of split dinted in the water [with] wrestling if that makes sense. She has so many other things that she’s good at and into, as far as NHL, cooking, and all of that stuff. So, I actually expect her to probably end up–to be honest with you, she’s got her Asian gong.

“Her phone was nonstop ringing. She’s already got people willing to give her keys to the castle, but I don’t even know if she’s been doing any of that or if she’s just been doing her own thing and create her own thing. I don’t care what she wants to do. She can go back to school and be a veterinarian for all I care, as long as she’s happy. So, I’m pretty excited for her.”

Renee Young won’t have any trouble finding another employer. Her resume speaks for itself and she has a ton of fans willing to follow her where ever she goes. Now it seems that it’s time for another waiting game which is something pro wrestling fans should be very used to by now.