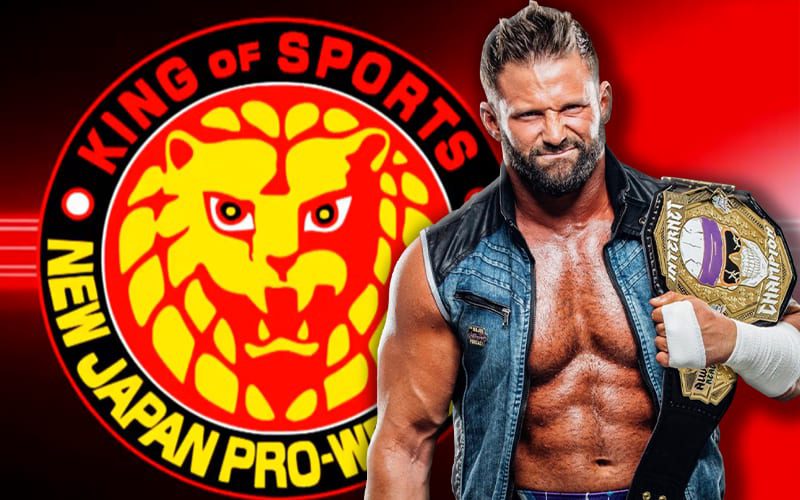 Matt Cardona was released from WWE on April 15th, but he’s already found a home in AEW. He also has his eye on Japan.

Traveling to Japan during the pandemic is tricky. Quarantine time is required, and it’s hard to come up with two weeks Cardona, or anyone else can lose. He’s not booking a trip to Japan right now, but Matt Cardona is always ready for the chance.

During a recent Twitter Q&A, Cardona was asked if he would consider competing for New Japan Pro Wrestling. His answer was: “100%.”

AEW is keeping Matt Cardona busy right now. He lives in Florida and is making it to Jacksonville without any trouble. Japan is a different story, but once things clear up Matt Cardona will likely end up in NJPW in some fashion if he’s afforded the opportunity.

AEW contracts allow many stars to compete in Japan as a part of the AEW roster. The only restriction is they can’t compete in the United States for another televised company. Miro had this same privilege included in his contract and it’s likely Matt Cardona did as well.