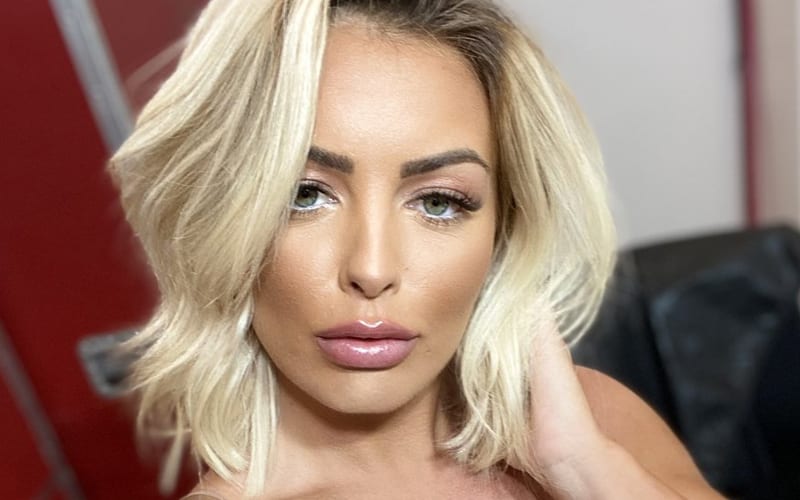 Update: WWE has confirmed that Mandy Rose is now on the RAW brand. This wasn’t just a plot by The Miz to get under Otis’ skin (for now).

Original: WWE can switch their Superstars around whenever they see fit. For some reason, the Mandy Rose’ time on the blue brand is done.

During Talking Smack, The Miz revealed that as of last night, Mandy Rose is now on RAW. There was no explanation for this switch, and it came as quite a surprise.

The Miz and John Morrison explained that Otis needs to concentrate on the Money In The Bank contract. Mandy Rose was “a distraction,” so she had to go. This seemingly splits her up from Otis which is a very interesting turn of events.

As of this writing, it hasn’t been officially confirmed yet. We are just going off of what The Miz said. WWE could confirm the news by the time you’re reading this, but that’s the way the internet works.

Things can move very fast nowadays. It apparently resulted in the Golden Goddess making a jump to RAW. She hasn’t done much of anything since her victory over Sonya Deville at SummerSlam. Now Mandy Rose going to be working on Mondays.

The next WWE Draft is tentatively scheduled for October. Rose also sent out an interesting tweet last night that just said “SmackDown” and had an emoji of a thinking face. Stay tuned to see if they switch more Superstars.