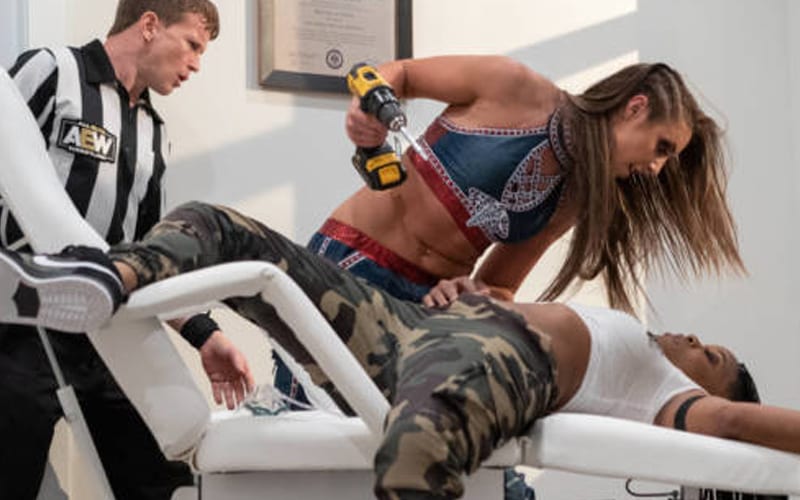 AEW All Out was a full night of wrestling, but the event started out with a cinematic match inside a dentist’s office. Britt Baker lost to Big Swole during the Tooth And Nail Match, but what is her actual status?

According to Fightful, Britt Baker’s knee still isn’t 100% cleared for a return to the ring. She still worked that cinematic Tooth And Nail match after AEW set “an ambitious return date for All Out.”

Britt Baker was put over in a big way by “several people” backstage in AEW because of how she continued to work through this injury. She still isn’t cleared to take bumps in the ring.

The Tooth And Nail match was likely done so they could still have Baker perform at the pay-per-view against Big Swole, but working a real match in the ring was not a possibility at All Out.