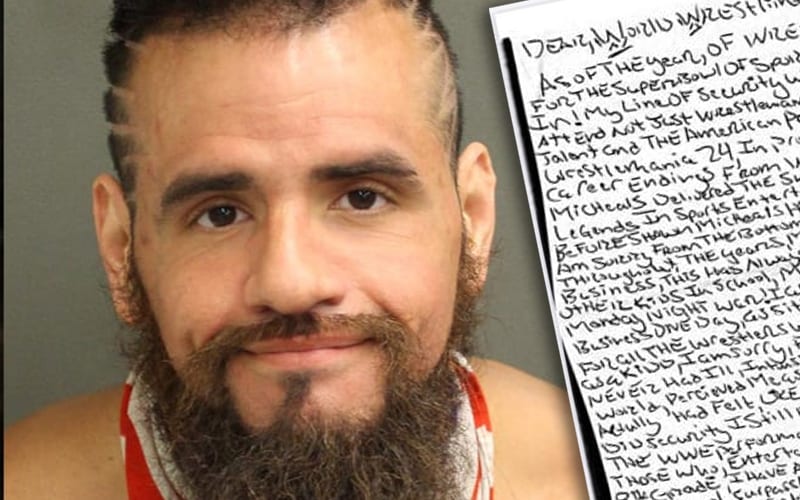 Armando Alejandro Montalvo is not getting out of jail until his court date. He is still allowed to send out mail.

Montalvo is in jail for violating an order of protection on several occasions. This was put in place following several occasions of him going onto the WWE Performance Center property and streaming his actions on Facebook Live.

On August 3rd, WWE’s attorney Elisa D’Amico received a seven page hand written letter from Armando Alejando Montalvo. In the first page of this letter obtained by Wrestling Inc, it is very hard to read what he said. This letter was addressed to World Wrestling Entertainment and appeared to include several pleas for his case.

Montalvo apologized for everything he has done against WWE and he made it clear that his intentions was never to hurt the business. He also said that all he ever wanted to do was make Superstars laugh because they entertained him for years. He also spoke about his own frustrations in life as so many of his peers have passed him by.

Montalvo was denied bail following his June 22nd arrest. He was previously bailed out of jail on June 5th, but then he returned to the WWE Performance Center property where he was arrested. He streamed that entire incident on Facebook Live as well.

Montalvo is currently scheduled for a pre-trial hearing on November 18. His case will go to trial on November 30th, and he will remain incarcerated until then.