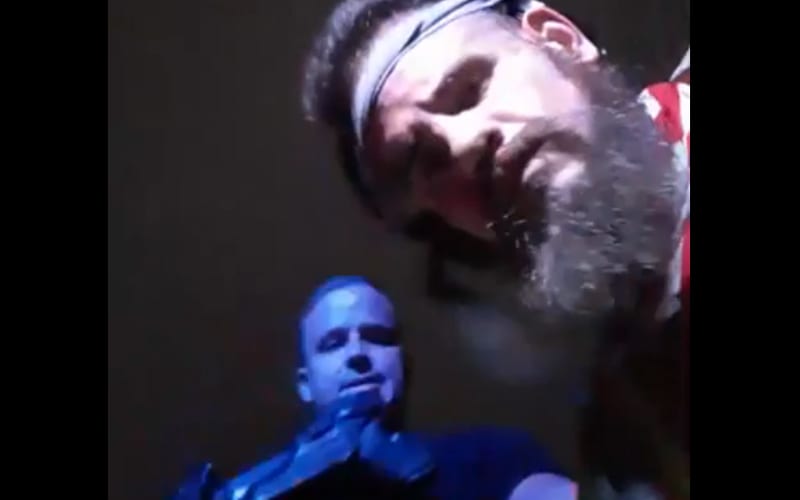 Armando Alejandro Montalvo was recently arrested for trespassing once again. He was live-streaming the entire event on Facebook live as well. He he still in jail as of this writing.

Montalvo is currently being held on 4 counts. It appears they combined charges from a previous Walmart incident which he live streamed as well. His case is still open and it appears that he has a public defender.

As of the date of this filing, no hearing has been set and Defendant continues to violate the Permanent Injunction and continues to harass Plaintiff and to livestream his often violent and always aggressive tirades on Facebook Live. 2 Rather than getting better, Defendant’s erratic behavior has only been getting worse. Since WWE filed its emergency Motion, Defendant has been arrested 3 twice, once on June 4, 2020 at WalMart and once on June 22, 2020 at the WWE Performance Center: •

He is facing four different charges, and they vary in severity. Those charges include: battery on law enforcement officer, resisting arrest, and two separate counts of trespass on property after warning.

WWE is essentially arguing that Armando Alejandro Montalvo will let this cycle repeat once again. This will cause WWE to have to keep paying for additional security, and it will do Montalvo harm as well.

Although only the latter arrest constitutes a violation of the Permanent Injunction, both incidents demonstrate Defendant’s lack of respect for law enforcement and the legal process. Without this Court’s intervention, Plaintiff cannot enforce its Permanent Injunction and Defendant will remain free to violate the injunction without recourse. This will cause Plaintiff to suffer additional harm, including but not limited to increased expenditures for additional security to protect the company, its property, and its employees from Defendant.

At this time there is no hearing for Montalvo’s case. WWE is now seeking a permanent injunction to keep him away from their property.

They cited a continued trend of harassment and “erratic behavior.” They also argue that Montalvo will continue to harass the company because he has figured out how to “cleverly remain” just outside of company property so he can continue the harassment without recourse.

By now, it is clear that the Permanent Injunction as it is currently written is not achieving its intended purpose of protected Plaintiff from Defendant’s ongoing harassment and erratic behavior. WWE has been trying to enforce this injunction for months without success and Defendant continues to visit the WWE Performance Center and other prohibited properties. Because law enforcement refuses to enforce a civil injunction and since Defendant often cleverly remains just outside the property line so he can continue to harass Plaintiff without trespassing

Montalvo is still in jail on a 500 bond. He did not sign his paperwork as it was noted he was “unable to sign.” (Pysch) was the reason noted as to why he was unable to sign.

We will continue to monitor this on-going story right here at Ringside News.