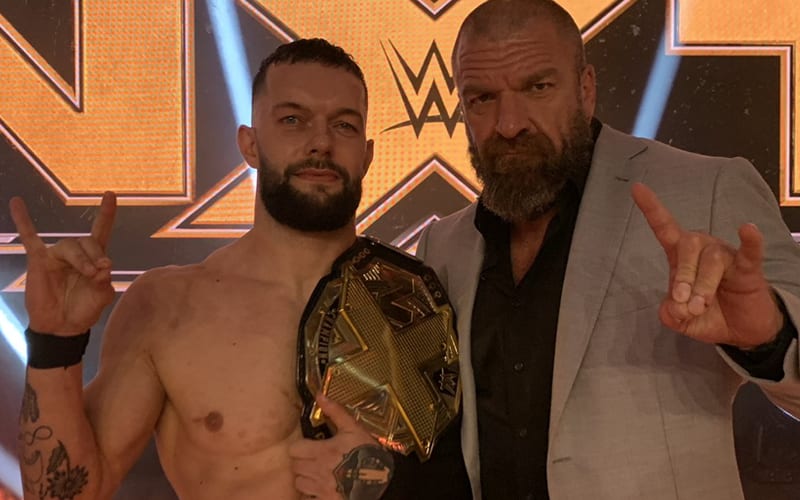 Finn Balor has been through a whole lot of ups and downs throughout the course of his WWE, but last night, he had one of his biggest highs yet as he captured the NXT Championship. Click here for our full results.

The Irishman was able to beat fellow former champion Adam Cole in a match that many will agree was one of the best of the year in NXT – and perhaps in all of professional wrestling.

One man who has been able to see Finn’s rise to prominence first hand is the godfather of NXT Triple H.

Through different eras, a changing brand, and bringing @WWENXT to places it’s never been before … and where it’s going next… @FinnBalor IS #WWENXT. Congratulations!!! #NXTSuperTuesday

The Game knows a great talent when he sees one, and that’s probably why he was insistent on Balor making his way back over to NXT from the main roster.

The future is as bright as ever before for NXT, and the same can easily be said for Finn.