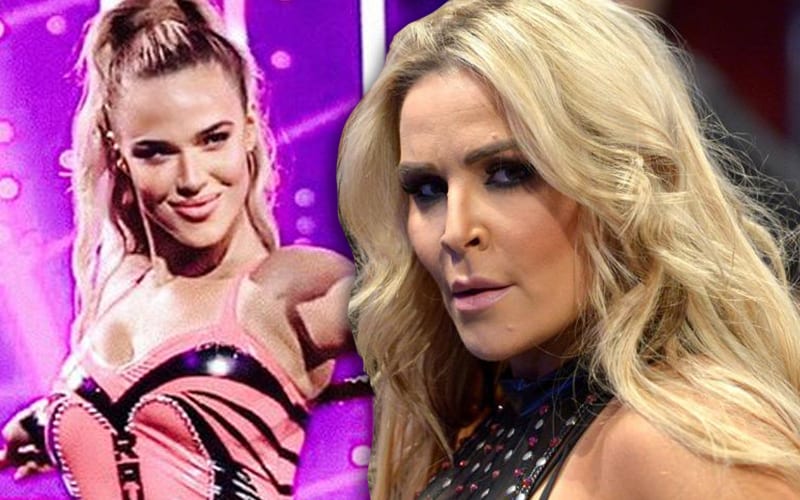 Lana is the first WWE Superstar to earn 1 million followers on TikTok. That is very exciting, but her storyline with Natalya is also gaining momentum on national television. This is a good time for the Ravishing Russian who dropped her accent.

Natalya and Lana were supposed to start their journey as a tandem months ago. They both disappeared from WWE television and nothing was said about why they were gone. Both of Lana’s parents and husband Miro all revealed positive COVID-19 tests during that time. Neither Lana nor Natalya confirmed any such information about themselves.

Now Lana and Nattie are back on television, and Lana is getting to wrestle as well. She loves working in the ring and recently sent out a heartfelt thank you to Natalya for everything she has done for her so far.

Natalya taught me to not listen to my naysayers & doubters. She gave me the courage to chase my dreams of wrestling & reminded me not to give up on my childhood dreams of becoming Tag Team Champions !

Lana and Natalya might have WWE Women’s Tag Team titles in their future. The current champions Nia Jax and Shayna Baszler would certainly have something to say about that. You never know what can happen in WWE because they’re always open to surprise fans with a big moment or title change.