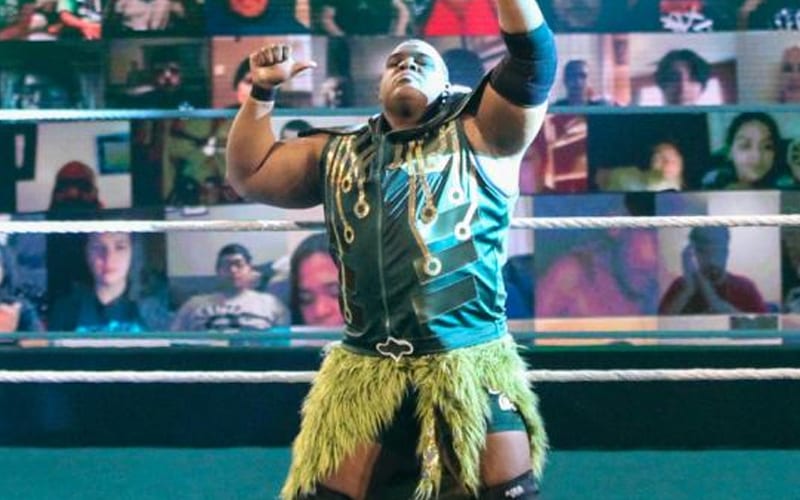 Keith Lee debuted on the WWE main roster, and they changed up his previously Limitless entrance music. This made fans pretty upset and they weren’t shy about speaking up about it.

WWE re-hired Josiah Williams to be a part of NXT once again. He is a ring announcer, but Williams is also incredibly gifted at making music. He rapped the Street Profits to the ring in the past and has created some great tracks as well.

Keith Lee is in search of a new music. He reacted to Williams’ tweet that announced his NXT return by asking for new music.

Keith Lee also included several LOL emojis after his comment. This music issue is something he’s been trying to work on.

WWE nixed Keith Lee’s entrance music because they are on a mission to take away any songs created by their former music creators CFO$. That group recently disbanded following their separation with WWE.

We’ll have to see if WWE gives Keith Lee new entrance music. There are a lot of fans who would really like for WWE to bite the bullet and give that CFO$ song back to him.