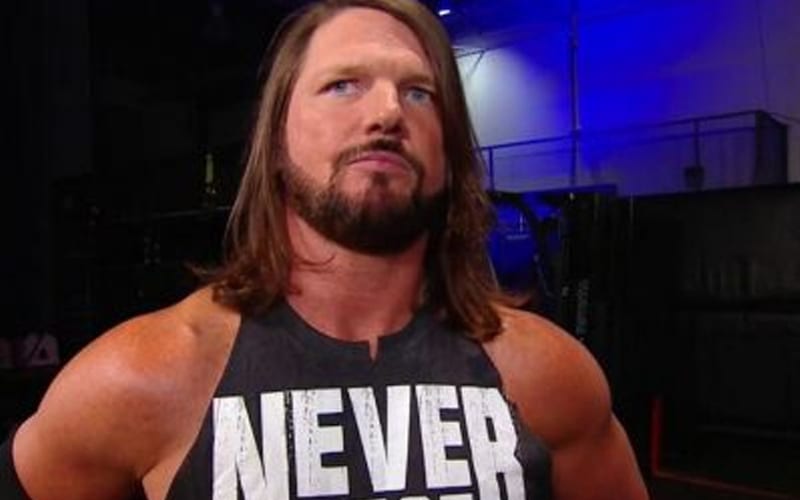 AJ Styles revealed on his Twitch channel that he tested positive for COVID-19, The next day, WWE sent down word that all WWE Superstars had to exit third party platforms. AJ Styles’ comments were partly to blame, but a lot of factors played into that decision.

During a recent Twitch stream, AJ Styles clarified when he had COVID-19. He said it was “like a month-and-a-half ago.” Styles claims that he didn’t have to miss any work due to his positive test either.

Styles told fans that he let them know about it because if he hadn’t been tested he wouldn’t have known he had the virus. He then praised WWE for testing their employees.

Another thing I need to clarify is with the COVID. I had that like a month-and-a-half ago, whenever it was to the point where the CDC says you have to be quarantined for ten days. I got tested, I went home for ten days, stayed in the basement, was able to go to work because of the scheduling when they had it (TV tapings) next, it was ten days I was able to go back to work.”

Styles also addressed his opinion of WWE’s new third party ban. You can read all about that here.

AJ Styles’ positive coronavirus reveal came very soon after The Rock said that he and his family tested positive. Both Styles and The Rock’s family seem to be okay now, but COVID-19 is a very concerning thing regardless of the situation.