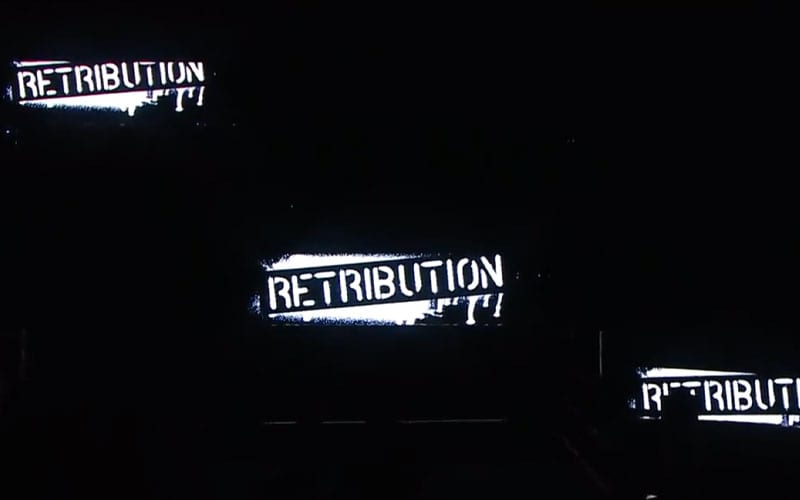 Retribution showed up on WWE Raw this week and they had a lot to say for once. Their cryptic message will undoubtedly be analyzed by many fans for the next week. The fact that there were only five of them was also notable.

Retribution are in WWE to cause disruption, and they made their mission statement clear this week. A lot of fans noted that it seemed some of the members might have been switched around this time. It was also unclear who spoke because they disguised their voices.

“The same behemoth who discarded and disowned us. Leaving us to survive in an unfair world where the powerful continue to grow, while we are left to feed on nothing but the scraps of contempt,” the person said.

Another voice added, “But contempt is a powerful motivator and we are driven to destroy. To lay waste to every Superstar and every fan blinded. You cannot see what you do not have. So the locusts of contempt will feed upon all of you. The darkness of retribution will seep into the pores of every Superstar and all of your so-called Universe. We are RETRIBUTION!”

Retribution is a Raw exclusive entity now. That is why Adam Pearce is only standing guard during the red brand’s show. Vince McMahon came up with this idea on a whim as we previously reported. It is still evolving on screen and this promo was a big development.