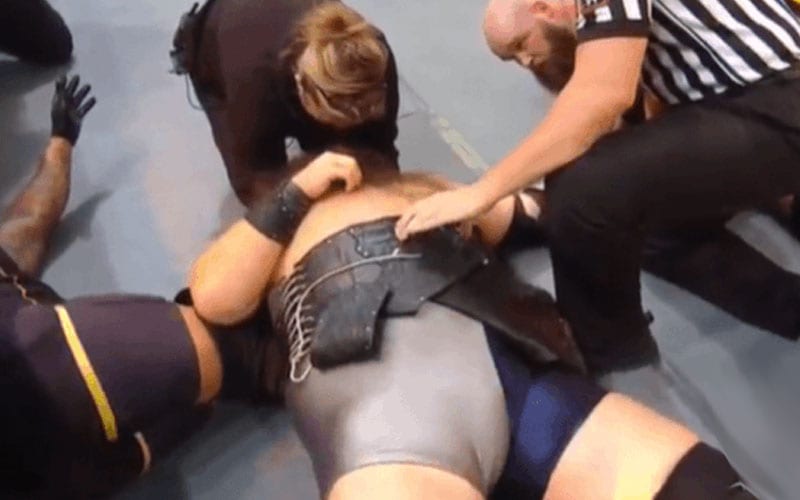 WWE Raw featured an eight-man tag team match where Ivar of the Viking Raiders suffered an injury. He threw up the dreaded X on himself and he did not return to the match. Now we have an update on his condition.

Ivar took a dive on Raw, and he went down immediately. Click here to check out that video footage. This was a scary situation, but PW Insider reports that Ivar is believed to have suffered a stinger.

The belief amongst those we have spoken to is that he likely suffered a stinger executing a dive to the outside during a six man tag team bout on Raw.

There is no further update on his condition at this time, or if Ivar will need to miss any time from the ring. Keep checking back with Ringside News as we continue to monitor this ongoing situation.