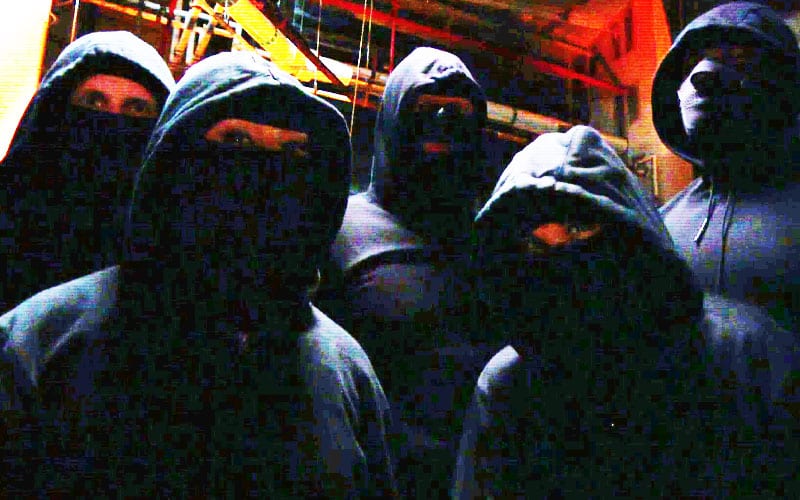 Retribution has invaded WWE programming for weeks. They didn’t speak and let their violence and unique brand of chaos do the talking. This week they broke their silence.

The ThunderDome went dark in the middle of a handicap match during Raw. Then Retribution showed up on the screens. They cut a promo about contempt being a powerful motivator. They said that they will lay waste to every WWE Superstar.

It was also noticeable that there were five members of Retribution this time. It seems that they dropped one.

They said that “the darkness of Retribution will seep into the pours of every Superstar and your so called Universe.” After announcing that “We are Retribution,” the show cut to commercial.

The members of Retribution appeared in a very dark room and their voices were modulated. It was hard to tell who was speaking, but the internet will likely crack the code soon enough.