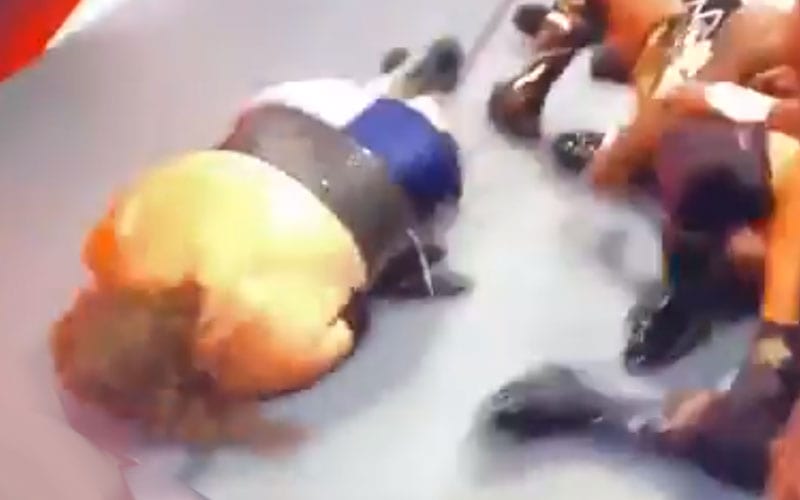 During the eight-man tag team match, Ivar took a dive to the outside and he landed hard. Then Ivar threw up the X on himself right on camera.

There was then a confusing finish to the match. The babyfaces ended up losing even though Ricochet appeared to kickout of the pin.

Following the match, they briefly showed Ivar as he was surrounded by WWE’s medical team. There was no immediate update on Ivar’s condition, but Michael Cole did say that it appeared he suffered an injury.