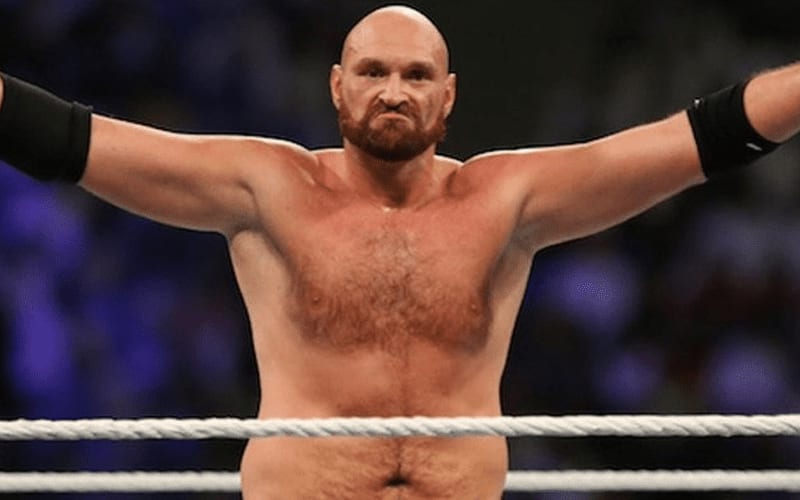 Tyson Fury made headlines last week in the pro wrestling world when he challenged Drew McIntyre to a match. He was giving a lot of thought to who he’d like to punch in the face and the King Of Claymore Country was apparently on top of his list.

Fury hasn’t been back to WWE in a long time, but he obviously still has interest. His name brings a lot of attention, but there is also a huge payday attached.

It was noted in the Wrestling Observer Newsletter that Tyson Fury is in the same boat as Brock Lesnar. Their names are huge and the money they want only warrants them showing up at high profile events. Since WrestleMania and Saudi Arabia have huge question marks hovering above them right now it seems that WWE won’t be signing either of them to a deal right now.

Tyson Fury (who issued a challenge to Drew McIntyre this past week for a match), [is at the] point where Saudi Arabia and WrestleMania are the only shows that make sense right now and the belief right now is Saudi Arabia won’t happen this year.

If WWE can’t make it back to Saudi Arabia in 2020 that missed show will roll over to the end of their contract. It is plausible that WWE and Saudi Arabia will be able to work something out in 2021, but another show in 2020 isn’t looking likely.

For what it’s worth, Drew McIntyre is more than ready to face Tyson Fury. WWE just hasn’t found a reason to set up that confrontation.