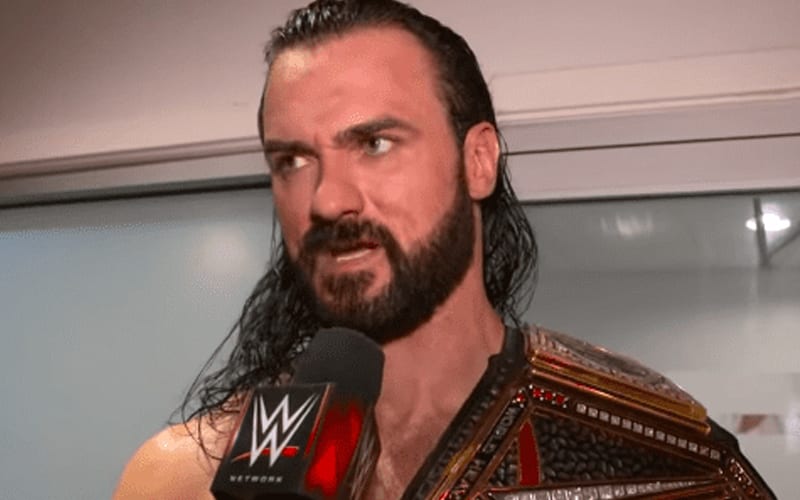 Drew McIntyre is out of action after Randy Orton attacked him last week on RAW. This seemed to be perfect timing for Tyson Fury to throw out a challenge.

Fury dropped a video while riding on a train. He said that there’s nobody he’d rather punch in the face than Drew McIntyre. It took The King Of Claymore Country some time to respond, but he got to it on the morning after Payback.

I’m not one of the normal bums you pick to fight, I’m not some punching bag getting paid to turn up and lose. Nice timing by the way, even with a fractured jaw I’m pretty confident I could do 12 rounds with your pillow fists. Nice try, ‘King.’ – Your @WWE Champion

Tyson Fury and Drew McIntyre have teased each other for a while. The pandemic has kept those two from coming face-to-face. Right now it seems like a waiting game, but Fury vs McIntyre is likely a marquee match that WWE fans can expect at some point if Vince McMahon can get everything arranged.