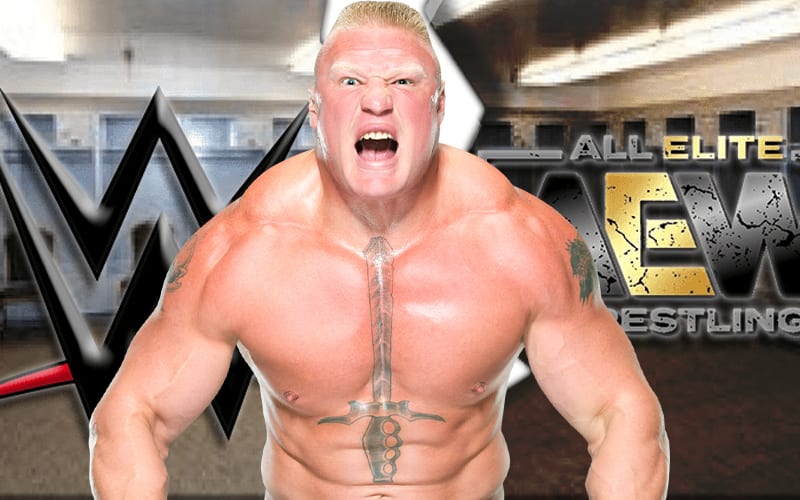 Brock Lesnar allowed his WWE contract to expire and now he is a free agent. Chris Jericho was very outspoken about how he doesn’t buy the “free agent” part of that story.

Lesnar is free to field offers from other companies such as the UFC and AEW. Tony Khan declined to speak about any possible talks with the Beast Incarnate.

The Wrestling Observer Newsletter noted that a source in WWE said that “it makes no sense” for WWE to sign Lesnar to a deal right now. The only benefit is that it would keep Lesnar from AEW.

As of right now the belief is that Brock Lesnar “probably would try to use AEW as leverage.” At the end of the day his price tag would most likely be too much for AEW to reasonably afford.

All Elite Wrestling is owned by Shad Khan, a man who has far more money than Vince McMahon. The benefit of AEW bringing in Brock Lesnar simply wouldn’t be there with the money he wants. Things might be different if it weren’t for the COVID-19 pandemic, but it was noted that AEW would be “basically trying to just break even” if they did ink any deal with Brock Lesnar.