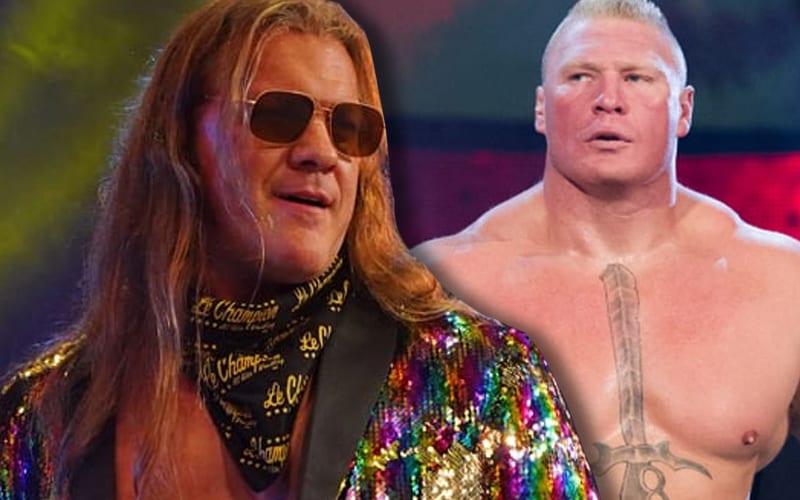 Brock Lesnar is no longer under WWE contract, but Chris Jericho is skeptical that he’s actually out from under WWE’s umbrella.

Tony Khan declined to speak about any talks that AEW might be having with Brock Lesnar. That is a very interesting situation.

While speaking to Sportskeeda, Chris Jericho discussed Brock Lesnar. He doesn’t feel as though the Beast Incarnate is really a free agent. He thinks Brock Lesnar and WWE have the kind of relationship where the former Champion is simply waiting for Vince McMahon to pull another money truck up to his front yard.

“The only reason why the rumor’s there is somebody said “free agent”. I don’t think he’s really a free agent at all. I think it would take so much money to pry him away from Vince McMahon on Brock’s end and then for Vince to approve that…I mean, Vince has two billion dollars in the bank. What are you going to spend on Brock Lesnar that Vince isn’t going to match? And Vince and Brock have a strange love affair, to begin with.”

We’ll have to see what’s next for Brock Lesnar. He’ll likely wait at home and do beastly things in Canada until Vince McMahon gives him a call. A name like his requires a lot of money, and a big event to warrant his appearance. This could be a long drought without Brock Lesnar in WWE, but the 43-year-old isn’t likely to go back to MMA at this point.