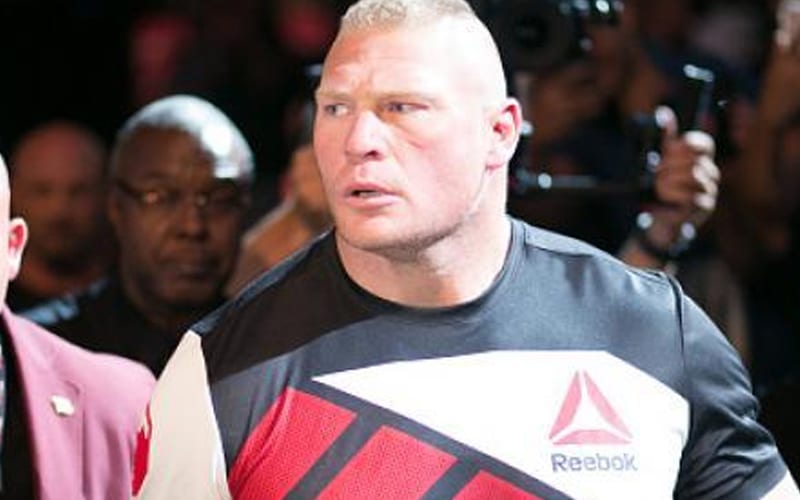 Brock Lesnar is a free agent, but that doesn’t mean he’ll be signing anywhere other than WWE. He let his WWE contract expire in the past, but this time his hiatus is a little bit longer.

Dana White recently commented saying that he’d be willing to talk to Lesnar, but The Beast Incarnate hasn’t called him.

During Wrestling Observer Radio, Dave Meltzer noted that there are betting odds on who will face Brock Lesnar next. The two top MMA options are from UFC and Bellator, but it’s unlikely Lesnar would choose to fight either right now.

“There’s no economic way that he’s going to Bellator to face Fedor, that’s just not going to happen. As far as facing Jon Jones, you can absolutely make sense in your mind.”

The issue is that Brock Lesnar has not re-entered the USADA testing pool. He also has a hefty fine waiting for him of $250,000 from his last dirty drug test. Lesnar failed a pair of drug tests surrounding his UFC 200 bout against Mark Hunt.

Meltzer also noted that Sable, Lesnar’s wife hates him fighting. It was said that “if he was going to fight again, it was going to already happen. He was already making more money with one fight than he was with a year of pro wrestling before.” Now Lesnar seems to have made his decision.

It’s unlikely that Brock Lesnar will do anything except for wait for WWE to call him back. This will also likely come with a very high price tag. Stay tuned.