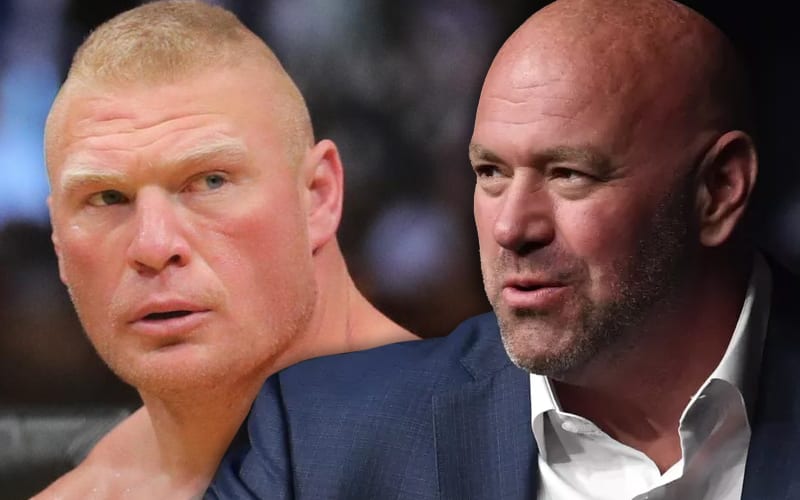 Brock Lesnar is no longer under WWE contract. He is free to field offers from other companies including UFC.

Dana White confirmed at a recent press conference that he would be open to book Brock Lesnar to a fight. It’s been a while since Lesnar saw time in the Octagon, but the Beast Incarnate is still a huge draw.

White admitted that he doesn’t know Brock Lesnar’s current physical condition, or his interest. He hasn’t spoken to the former UFC Heavyweight Champion, but he’s willing to talk.

“He’s 43-years-old and he’s got a lot of money. I don’t know what his plans are and how his body feels or any of that. Like I said, I haven’t talked to him. (TMZ) asked me about it because his contract is up and I said if he calls me and he’s interested in fighting, then I would obviously consider making that fight.

“I know nothing (about his contract). I haven’t talked to him. I know nothing about it. TMZ asked me, he’s a free agent, would you make that fight? And I said if they wanted to then I would do it.”

Brock Lesnar could technically retire and never work another day in his life. He has that kind of money. Big pay days are hard to pass up, but it’s unclear which company Lesnar would field an offer from first.

There doesn’t seem to be much worry within WWE about him not coming back. The general feeling is that he will come back when Vince McMahon needs him because a big money WWE contract could always be arranged.

Thanks to BJ Penn for the quote