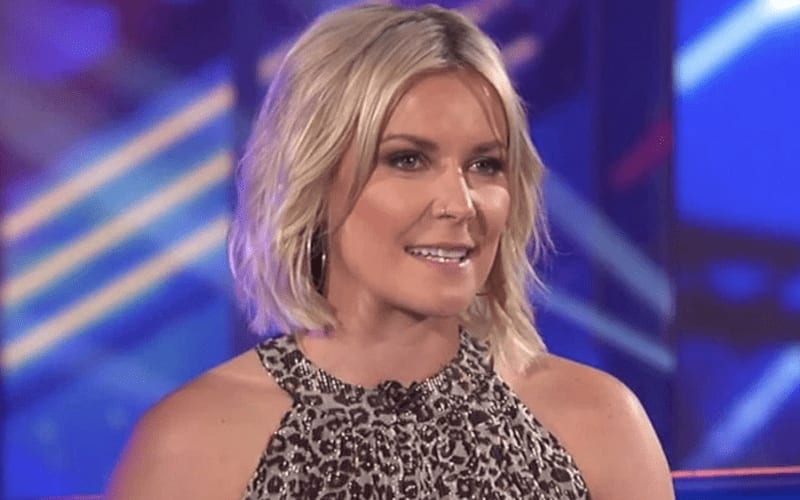 Renee Young tested positive for COVID-19. She revealed this fact to the world, and WWE was reportedly a bit upset about that. Now she’s able to clear the air.

There have been a few people to disclose positive coronavirus test results within WWE. AJ Styles was the most recent, and more could be to come. The Rock and his family tested positive and he said it was the most difficult things they’ve ever been through as a family.

While Renee Paquette spoke with Sports Media with Richard Deitsch where she was asked about WWE’s response to her positive test. She cleared the air about any previous misconceptions. Renee said that WWE really just said that a warning would have been appreciated.

“I wouldn’t even say it was ‘a talking to,’ It wasn’t even like ‘I wish you wouldn’t do that’ it was like ‘I wish there was a heads-up that you were gonna post that.’ Like I said it wasn’t this meticulously thought out, ‘I’m gonna tell everyone and see what happens’ — not at all.”

Renee Young said that nothing was even said about her tweet again after that day. It was just business as usual as she continued her recovery. Paquette did previously reveal that no executive like Triple H or Vince McMahon ever called her.

Paquette did receive a call from “Stone Cold” Steve Austin. You can click here to hear all about that.