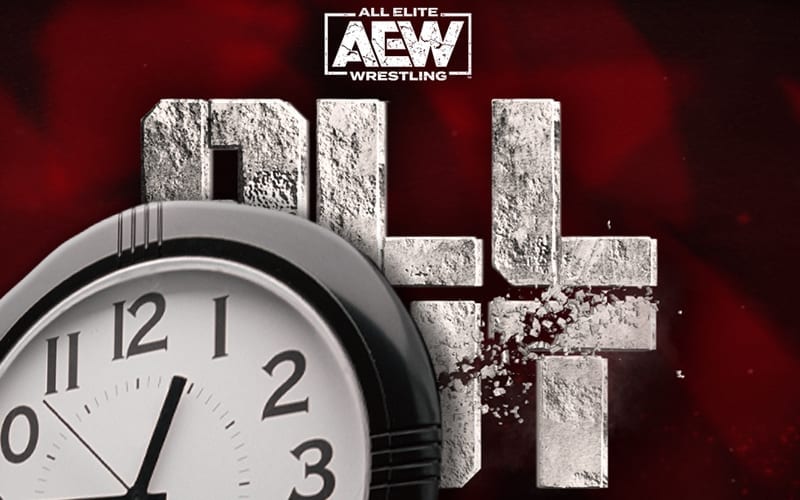 AEW All Out is this Saturday. We will have full coverage right here at Ringside News, and there will be a lot going on. The company has a full card booked, and they’re not going to skimp on time.

The company is holding a cinematic match prior to the pay-per-view during the BUY IN. You can click here to read all about that.

During Wrestling Observer Radio, Dave Meltzer noted that All Out is slated to start at 8:00 PM EST and it is booked to go until midnight. “It probably won’t go until quite midnight, like 11:45 or something,” he said.

11:45 PM EST is still a pretty late time for a North American pro wrestling event to end. That will likely cause a lot of fans to have an “All Out hangover” the next morning.

It was noted that AEW All Out is booked to be “not quite a four-hour show”, but “not a lot under four [hours].” AEW doesn’t hold pay-per-view very often, and it seems like the company is going to make All Out worth the fan’s money.