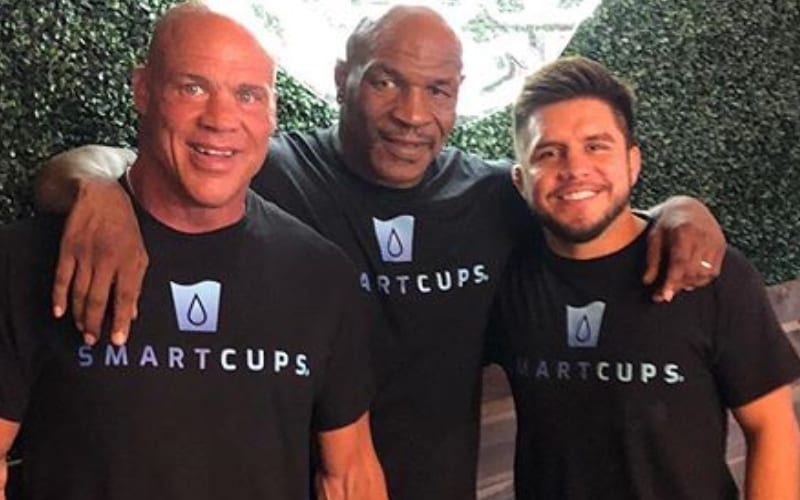 Kurt Angle might be retired, but he can still scrap and train with the best of them. Former UFC fighter Henry Cejudo recently uploaded a few short videos to his Instagram story that caught a lot of attention.

Cejudo and Kurt Angle joined Mike Tyson at the Tyson Ranch on Saturday for some training. The videos the Cejudo uploaded shows some of the action in the ring. Kurt Angle was in a sparring session, and it seems like the 51-year-old WWE Hall Of Famer can still go.

Mike Tyson’s fight with Roy Jones Jr was rescheduled, so he still has plenty of time to train. Henry Cejudo teased that an AEW wrestling match is in his future. We’re not sure what Angle is up to, but it’s good to see that he’s still active.

Kurt Angle was also sparring in the ring with veteran pro wrestler Chavo Guerrero who is a legend himself. Chavo has kept busy and worked on other projects like Netflix’s GLOW.

It seems like these three were brought together as ambassadors for Smart Cups, “the world’s first printed beverage forever changing the idea that a beverage must come in a bottle or can.”

You can check out the video of their training session below along with a post from Henry Cejudo showing the three of them in one epic photo-op.