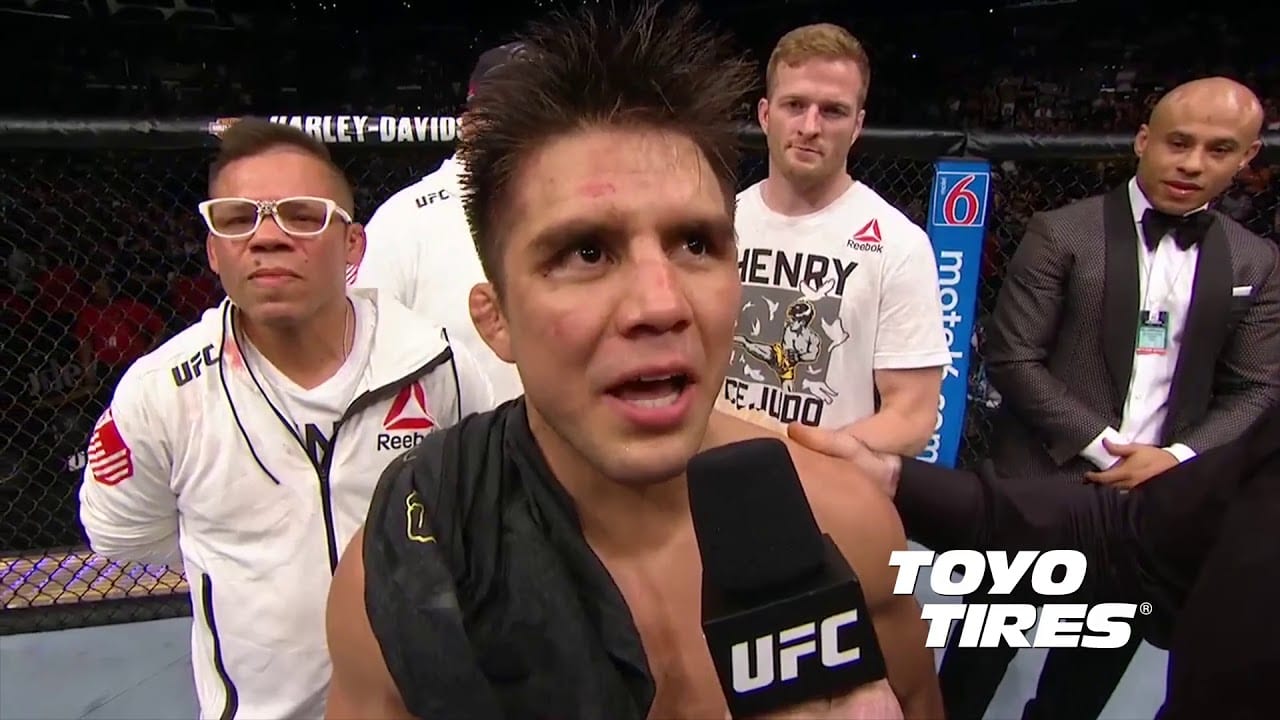 AEW brought in Mike Tyson for a little angle that got big attention, and he brought Henry Cejudo with him. Now AEW and Cejudo might have something going on.

While speaking with Adam Glyn, Cejudo talked about his options after retiring from UFC. He could have a fight against Ryan Garcia, but he said that wrestling will probably happen first.

The former champion in UFC stated that he’s already been talking to AEW. This could bring him in for a pay-per-view event. Henry Cejudo has a lot of options right now. He could also be brought back to the UFC for a boatload of cash.

“There’s so many options to me. There’s coming back to wrestling, there’s even that potential fight with Ryan Garcia. That’s looking a lot more promising than anything else. My agent already talked to his manager, I think they’re on board, we’re just trying to find a date and make that fight happen. Make the ‘Golden Girl’ Ryan Garcia bend the knee.”

“Probably the wrestling [will happen first]. Then probably the boxing, but I meant it when I said I’m retired. There’s a boatload of money that could bring me back but more importantly than money for me is legacy. We’ve been in contact with AEW. There’s a potential big pay-per-view event they might want to hold. There’s a lot … there’s so many options. They all seem a little appetizing to me.”

AEW might get Cejudo for a pay-per-view match and gain headlines in the process. This looks very possible, especially considering the fact that he’s already appeared on Dynamite as one of Mike Tyson’s associates who were not introduced.

The question now is who Henry Cejudo should face in AEW and what would make the most sense. Tony Khan might have to move some pieces around to make it work, but he’s good at thinking on his feet.