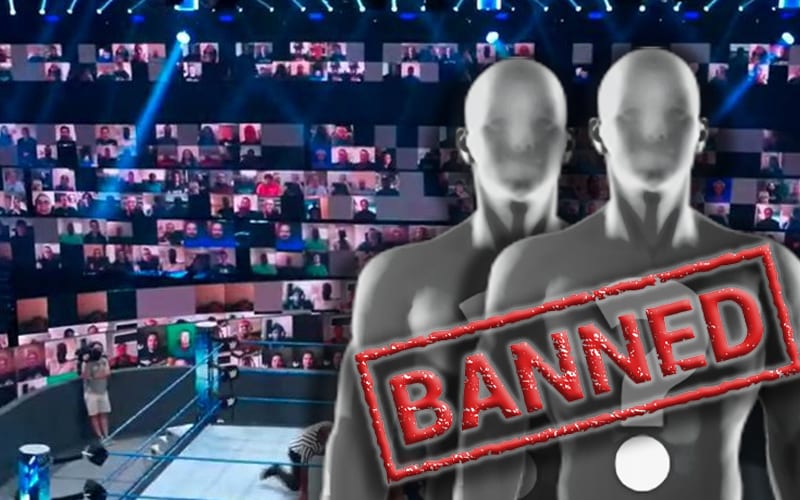 WWE experienced a few fans taking advantage and abusing their ThunderDome seats. Fans showed “Fire Velveteen Dream,” Chris Benoit’s image, and even an execution on the screens behind the WWE action in the ring. The company brought in moderators, and they were not messing around with banning people.

According to the Wrestling Observer Newsletter, moderators were banning fans from the ThunderDome for anything they could at a certain point.

It was noted that one fan was booted for wearing a Dean Ambrose shirt. That is a bit understandable considering where he works now. Another fan was reportedly “chanting for Big E in the Sheamus match” when he was booted.

Apparently, “officials thought he was chanting something else, and he got booted” for rooting on Big E.

There are a lot of bugs that WWE needs to work out for the ThunderDome. Their policy of banning fans probably needs to be addressed as well. It is understandable that they are being very careful, but not every fan wants to disrupt the ThunderDome.