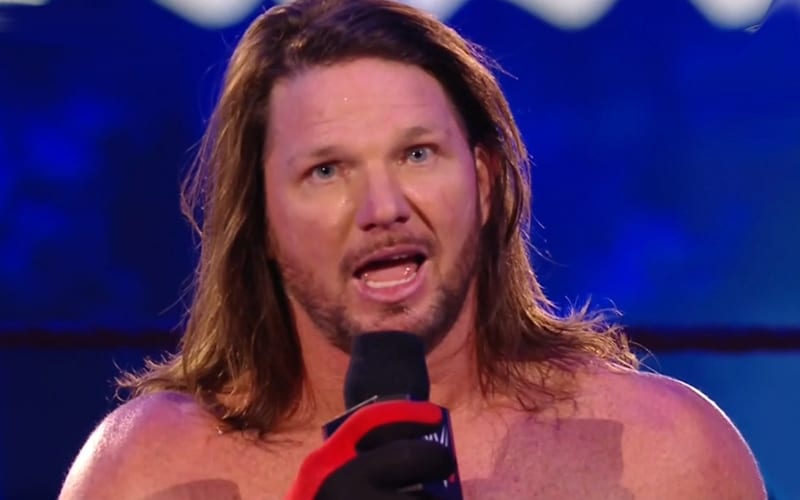 WWE ThunderDome is an interesting concept that will help bring the fans back into the arena in some capacity. Although the ThunderDome has helped a lot with the overall feel of the product, there are some concerning disadvantages to it too.

Since its debut last week, there have been two cases of inappropriate behavior on the ThunderDome. Both the instances took place on this week’s RAW. One fan decided to show an image of Chris Benoit while another fan tried to promote a KKK rally in the main event of RAW.

WWE released an official statement regarding this and it looks like the company will be making a few changes to the whole process very soon.

AJ Styles addressed this issue on one of his Twitch streams. Styles said that although the WWE is trying their best to do something unique and cool, there are always going to be people who will ruin things for others.

He said that these people do these dumb controversial things for their 5 seconds of fame and this just can’t be evaded. The Phenomenal One said that it’s a shame that it is still not possible for fans to come to the arenas for WWE events and hoped that it happens soon enough.

We’re trying to do something cool and make it. I think the ThunderDome looks awesome, but you’re always going to have people that do something stupid. They’re always going to be there. They just can’t – they just want that 5 seconds, that 1 second of fame. ‘Oh, well let me post this.’ Like, what? It’s so dumb, but you aren’t able to evade something like that. There’s always going to be something like that. It’s a shame that that’s the way our world is. It’s a shame that we can’t have people ready to rock and come into the stadiums yet. Hopefully soon though, hopefully we’re getting there.

Some people love being spoilsports and will go to any lengths for a few moments of fame. Dealing with these people can be a painful ordeal and WWE will have to enforce even stricter rules and regulations for the fans in the ThunderDome.