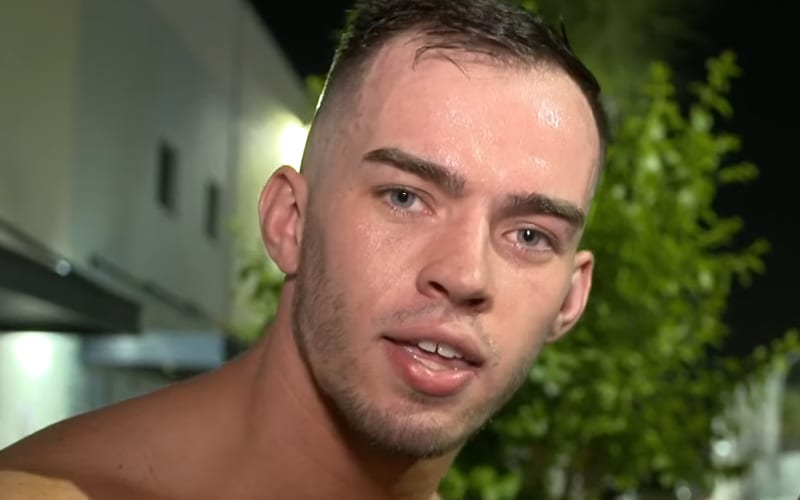 Austin Theory was one of Seth Rollins’ Disciples, but then allegations came out about him and he instantly vanished from the main roster. After a long time off television, Theory re-appeared in NXT.

WWE has officially pulled Austin Theory from the main roster. He is now a part of NXT once again. His last stint in NXT was short, but it’s unknown how long he will be around the black and gold brand this time around.

Theory’s picture is now featured on the NXT roster page as well. He is off the main roster, and now he is back on Wednesday nights performing on NXT. He has already been set up in a program with Bronson Reed as well.

Seth Rollins stated that Austin Theory was dealing with a personal situation, and he hoped to have him back on RAW with him. That isn’t the case as he has been pulled from Rollins’ storyline as well