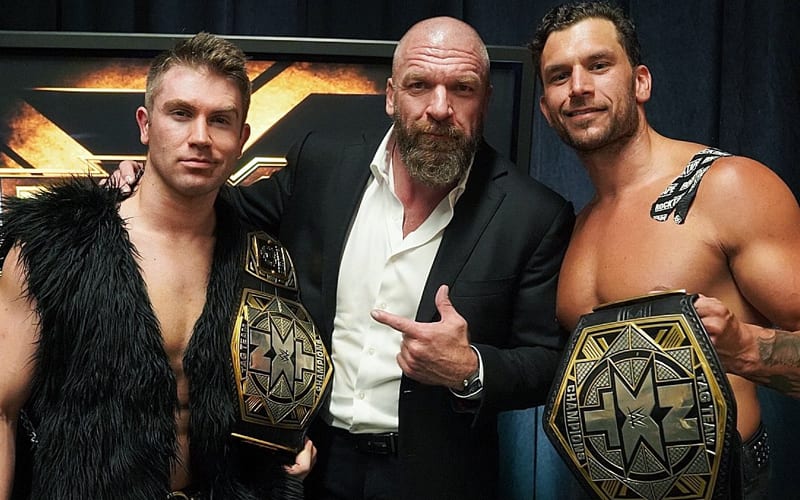 Last night on NXT, Breezango finally reached the top of the tag team mountain as they beat Imperium to win the Tag Team titles.

It was a moment that had been a long time coming for both men, and a moment that many probably didn’t really believe could or would actually happen.

One man who has been there to see pretty much every single step of their journey is none other than NXT godfather Triple H. He took a photo with the new tag champs and captioned the snapshot while praising them.

Two Superstars who’ve been ready to have their collective “breakout” moment. Congratulations to the NEW @wwenxt tag team champions, @mmmgorgeous and @wwefandango. #WWENXT

Regardless of how long they end up holding onto the titles for, this is a moment that will live on for many years for both of them – especially considering how many times they’ve been knocked down in their WWE career.

Now, the big test will come in seeing how they deal with the added pressure of actually holding the belts instead of just chasing them.