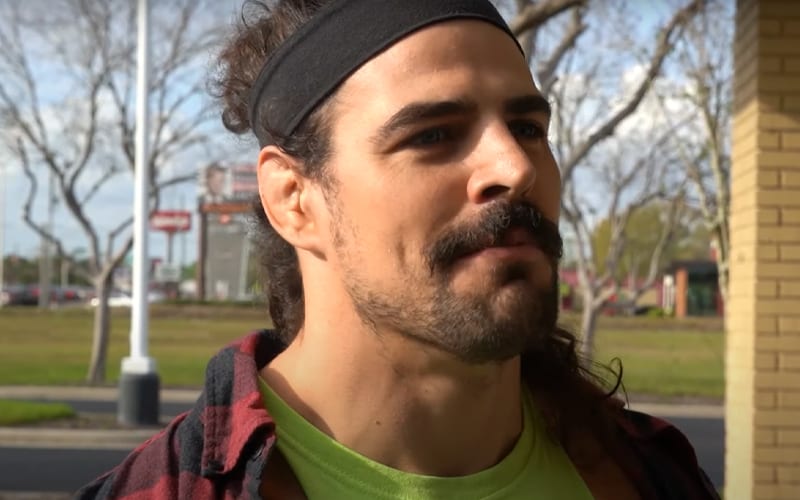 WWE television didn’t have any fans in the Performance Center crowd for the longest time due to the pandemic. Then NXT Superstars were brought in. Rik Bugez was easy to spot as he jammed out to an air guitar during every entrance.

The ThunderDome is a thing now so Bugez isn’t needed in the crowd. He is still on NXT and was rocking along to every theme song this week as well.

One fan wrote to Rik Bugez to tell him that he’s their favorite. This fan and her fiance started watching WWE about a month ago and he stood out for good reason. They said the ThunderDome sucks because Bugez isn’t there, and they are “baffled” WWE hasn’t called him up to the main roster yet.

Dear Rik Bugez, me and my fiance just started watching WWE a month ago and were captivated by “guy in audience with headband,” after some light research we discovered it was you & you are our favorite. We shout ‘Bugez!’ when you’re on screen. Went back to find your NXT TV debut and loved it. ThunderDome sucks because there’s no Bugez. We are baffled why you aren’t on the main roster. But thanks for being excellent! Good luck with lifting your extremely absurly heavy things!!

We’ll have to see when Bugez makes his way back to the thing. He was working pretty much all of the local Florida NXT house shows, but those haven’t been a thing since the coronavirus pandemic struck in March.

Rik Bugez and his highly energetic fandom paid off to create at least two new fans.