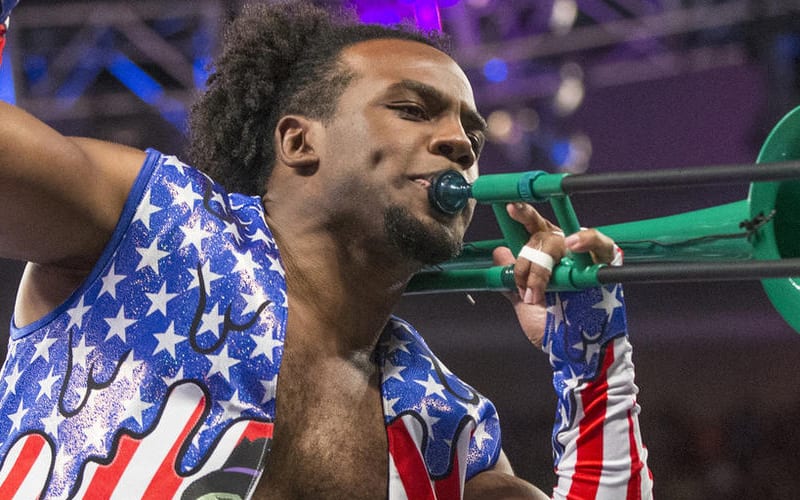 WWE brought back Talking Smack with Kayla Braxton and Xavier Woods as hosts. Someone should have told Woods about it beforehand.

The Miz filled in for Xavier Woods when he couldn’t make it. Then Miz sparked a controversy because of the way he handled the subject of Kofi Kingston losing his push in the company.

During Table Talk, Xavier Woods explained what happened. He honestly didn’t know that he had this new hosting gig until everyone else did. Woods explained that WWE is a big company and sometimes information gets “lost in the cracks.” That is what happened this time around.

“I was at home. I found out when y’all found out. It’s been adjusted, so I’ll be there soon. It’s one of those things where, it’s a very large company and you’ll find with any large company, sometimes, things get lost in the cracks. Things somebody told somebody else…. It’s a regular thing with a company that is as large and successful as this. It’s not a bad thing by any means. It’s just, ‘Oops,’ okay cool and now we’re on the train tracks again, let’s get it moving.”

Hopefully, Xavier Woods will be on Talking Smack this week. The show airs on the WWE Network every Saturday morning so they don’t give away any blue brand spoilers for those on the West Coast.

Now that Xavier Woods is aware of his new hosting gig he’s very likely to make it. He really wants a spot on G4TV, and hosting Talking Smack could be excellent experience for him.