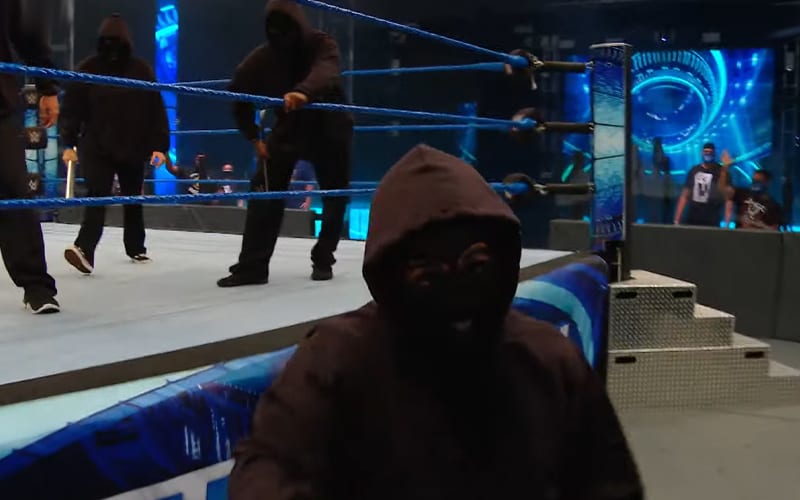 WWE’s new Retribution faction could reveal their identities very soon. Ringside News exclusively reported that they are working week-to-week at this point, but there were six members in the ring during RAW this week.

Dave Meltzer confirmed on Wrestling Observer Radio that Mia Yim was one of the masked members of Retribution on RAW this week. Several fans called her out, and you can read all about who else might be under those masks here. It seems that Yim’s time in NXT could be over.

Mia Yim lost to Shotzi Blackheart on NXT this week. They noted on commentary how the two are friends and this match wasn’t because of any heat between them. After a match for the sake of competition, Blackheart pinned Mia Yim clean.

The HBIC could be headed to the WWE main roster. If WWE plans on revealing Retribution soon then Mia Yim’s status could change soon.

Keith Lee and Mia Yim are also in a relationship. WWE tries to keep most couples together which could play to her advantage. She’s worked very hard and has been main roster ready for a while. It seems that the WWE main roster could see Mia Yim’s face very soon.