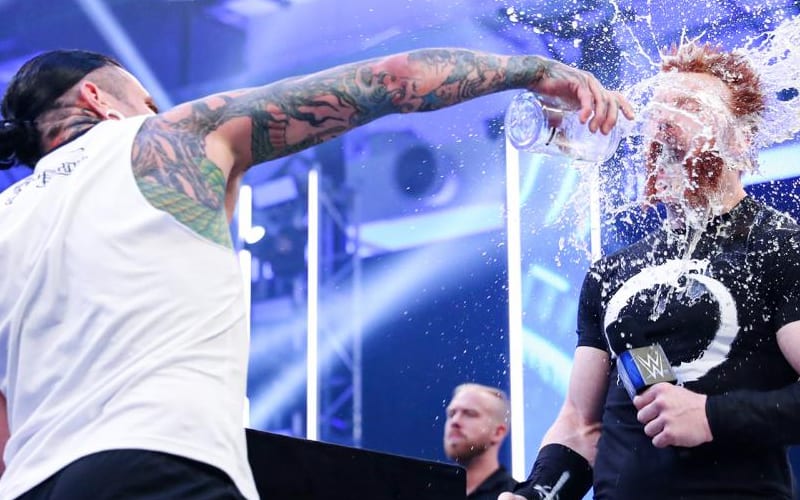 Jeff Hardy was arrested for DUI last year, and he spent quite a bit of time away from WWE television. He was also injured during that time, but he needed to wait out for longer due to his legal issues.

Hardy used that time away from WWE to work on himself. He went to inpatient rehab for the first time in his life as well. Now he is focused on living the best clean and sober life that he possibly can.

While speaking to The Daily Star, Jeff Hardy brought up his recent storyline with Sheamus. The Celtic Warrior brought Hardy’s addiction to the forefront of his feud and he used it as fodder the entire time. Some fans didn’t like that direction at all. Jeff Hardy said that he knew the program would be great as he spoke about how he didn’t let any of the negativity get to him.

“The stuff with Sheamus that’s happened most recently, I knew there was a great outcome in it. I knew that bar fight was going to be cinematic and good.”

“All the stuff building up to that match, I just knew the outcome was going to be fantastic. And it’s good to face challenges like that because there’s so much negativity in the world.”

“I’m not a social media guy at all, I don’t read comments or the negativity of people who thought it was wrong or that [WWE] were treating me [badly], I don’t read any of that.”

“I’m just confident in myself to get through it, and when I get a feeling that something’s going to be good, I just run with it.”

That storyline included some heavy imagery which included a drunk driving accident. Hardy was set up in the storyline by Sheamus, but it still touched on an incredibly personal subject matter.

“There was some heavy stuff there in the beginning, especially with the wreck scenario. It was just very heavy stuff.

“I’m always interested as everybody is different in so far as how the viewer feels watching at home, especially hardcore fans of mine.

“Even thinking back to the stuff with CM Punk when I was failing drugs tests, they turned it into a storyline and that’s what I mean when I talk about roller-coasters of good and bad.”

“Throughout all of that, so long as I can continue to do good, especially with this, my last chance to get it right, it is going to inspire people around the world that I’ll never meet, that need to stay sober to survive.”

Jeff Hardy made it through that storyline and now he is the IC Champion. He might have to defend that title at Payback this Sunday, but the company has yet to make that match official.