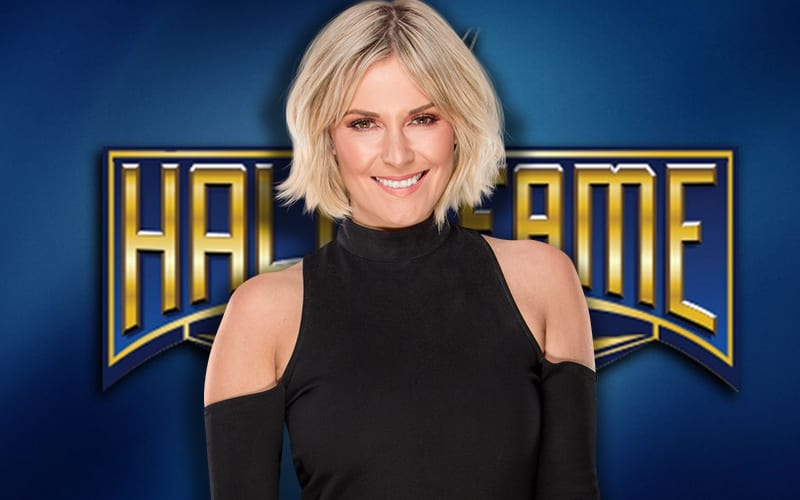 WWE lost a valuable member of their broadcast team when Renee Young put in her notice. SummerSlam was her final night with the company, but she might eventually get invited back for a Hall Of Fame induction.

During his Hall Of Fame radio show, Booker T discussed Renee Young’s exit from WWE. He then stated a belief that she will eventually receive an induction into the WWE Hall Of Fame for her trailblazing 8-year tenure in the company.

“Being the first woman to be full-time at the broadcasting desk, that’s huge. Will it be next year or the year after? I don’t think so but I do think Renee Young has that capability of building herself so big outside of the wrestling world, they’re gonna want to welcome her back one day just to give her that honor to walk out on that stage for what she did, being the first woman, groundbreaking, literally tearing down walls in this business. I think one day, she definitely has a huge chance to make that walk. Hopefully it’ll be in Madison Square Garden, sold out, where I went in back in the day, but I definitely think it’s a huge chance.”

Renee Young made history as the first-ever full-time female member of the WWE commentary team. She wasn’t very prepared for that position, but she did everything she could to learn on a stage in front of millions. Now she is off to her next venture in life.

Do you think that Renee Young will be in the WWE Hall Of Fame? Sound off in the comments below!