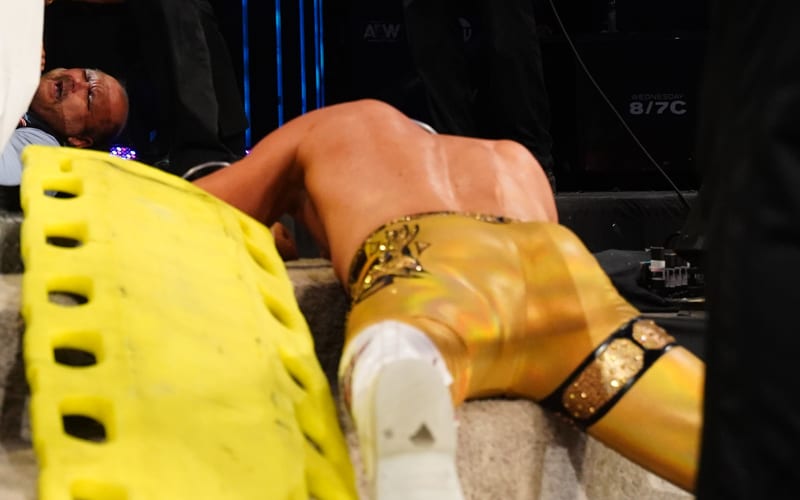 Cody Rhodes was squashed by Brodie Lee on Dynamite last week. It was a sudden end to his TNT Title reign. Now he might sell that attack for a while.

According to PW Insider, Cody will be off television for “an extended period” to sell Lee and the Dark Order’s attack. This could also be due to another project that is underway starring Cody’s friend Stephen Amell.

The timing may have something to do with STARZ Heels series going into production in Georgia as Stephen Amell specifically asked Cody to take part in the series when Amell’s casting was announced last year.  The timing certainly matches up.

Cody and Amell already traded tweets about Rhodes showing up on Heels. Cody previously showed up on Amell’s show Arrow.

AEW will provide an update on Cody’s condition on Thursday’s edition of Dynamite this week. They are on Thursday due to the NBA Playoffs.