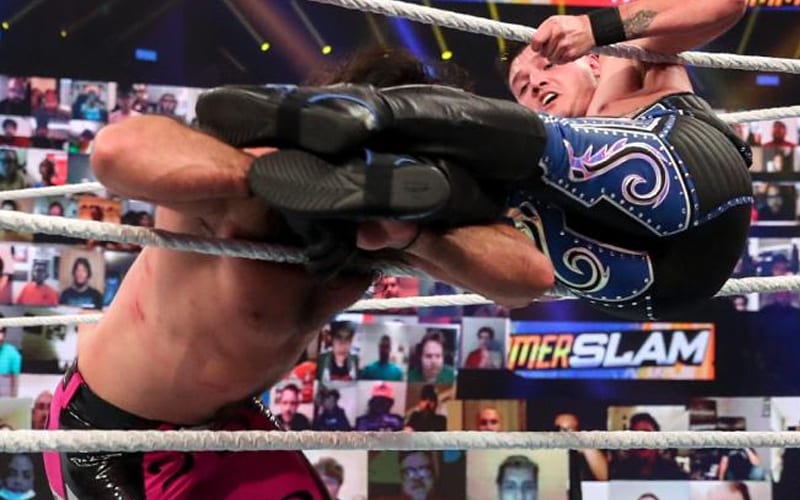 Seth Rollins defeated Rey Mysterio’s son Dominik at SummerSlam. It’s very rare for a Superstar to debut on such a large stage, but that’s the way WWE laid out for Dominik Mysterio’s in-ring debut.

Ringside News has learned that Vince McMahon was “super impressed with Dominick Mysterio” at SummerSlam. This sentiment extended past The Chairman’s opinion, too.

It was told to us by a member of the creative team close to the situation that “everyone was” impressed by Dominik’s performance. This is a very good sign for him as he just got started in WWE.

The extent of Dominik Mysterio’s contract hasn’t been revealed. He did apparently sign a Superstar contract along with his SummerSlam match.

There could be plans for him to adopt a Prince Mysterio name. Rey Mysterio copyrighted that name and crowns appear on Dominik’s new merchandise. He impressed a lot of people with his SummerSlam encounter, but it’s unclear what his next direction is in the company.