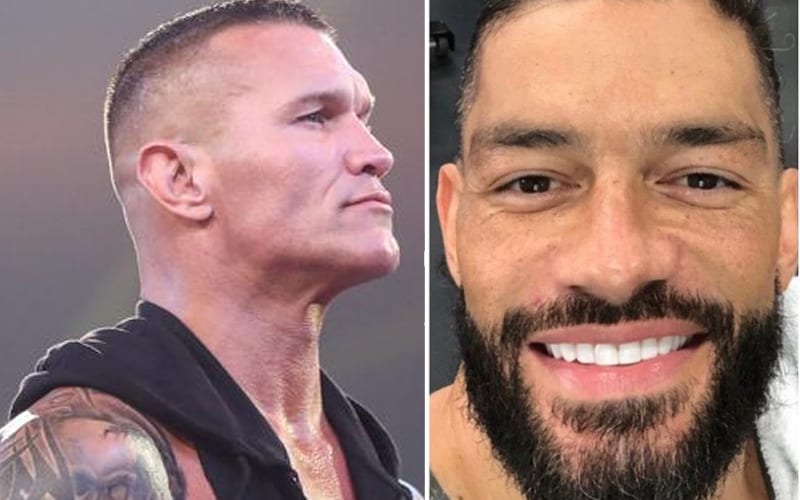 Roman Reigns returned to WWE as a big surprise at the end of SummerSlam. For some reason he’s been feuding with Randy Orton online since then.

It makes little sense why Roman Reigns and Randy Orton are going back and forth on social media. They obviously have some unfinished business. Orton has taken a shot at Roman’s new teeth. Meanwhile, the Big Dog took fire at The Viper’s popularity.

Randy Orton went back to social media and he fired another shot at Roman. This time he straight-up compared Reigns’ new teeth to a horse while saying:

You heard it folks…straight from the horses mouth

This is a very interesting feud that sparked online out of the blue. We’re not certain where they are leading, but WWE obviously has their own plan for things.

Ringside News exclusively reported that WWE has different plans for Roman Reigns now than they had for WrestleMania. If Randy Orton has his way about things he might jump over to SmackDown to have a little program with a returning Reigns.