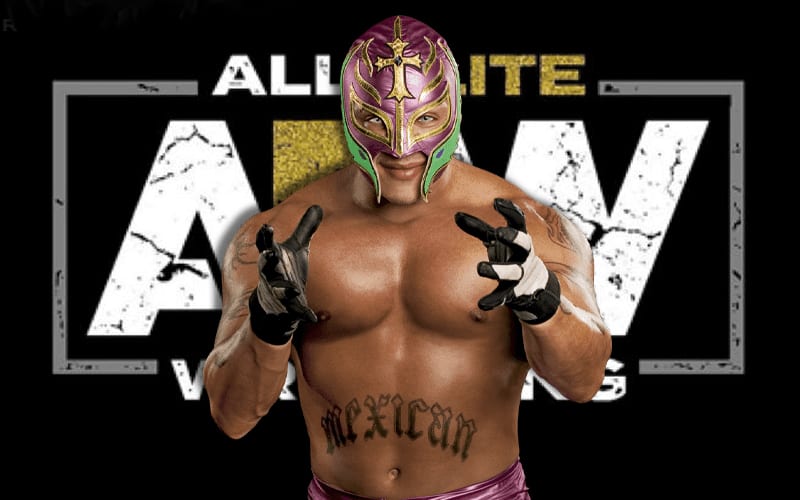 AEW was rumored to have matched WWE’s offer to Rey Mysterio. It is very interesting timing because they had to nix his name from last night’s episode.

Mr. 6-1-9 was mentioned by Eddie Kingston while he talked up Fenix. Pentagon Jr, Butcher & The Blade. The Mysterio name drop was later removed from the show, but a reason wasn’t given as to why.

It was previously reported that Rey Mysterio’s new contract with WWE is for three years.

Rey Mysterio was working for WWE without a contract recently. He apparently fielded an offer from AEW. His recent appearance on RAW and his scheduled booking for SummerSlam to be in his son Dominik’s corner means he signed a new deal.