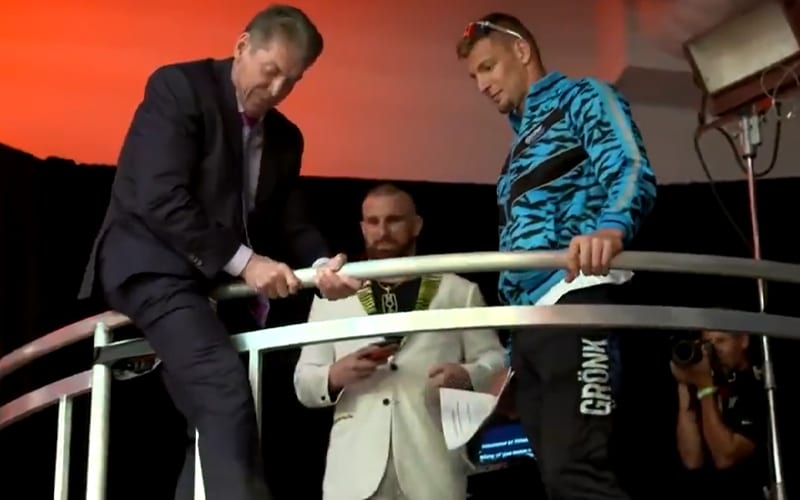 Rob Gronkowski was set to take a dive at WrestleMania, but he didn’t like the risk involved. This is when Vince McMahon stepped up and had to demonstrate.

WWE has now released footage of this event prior to WWE 24’s episode about WrestleMania. This was a dive that fans heard about, and some didn’t believe it was real. It really happened and WWE has footage.

This clip shows The Chairman climbing up on the observation area in the Performance Center and showing Gronk how it’s done. McMahon took the dive to demonstrate to Gronk that it was no big deal.

Gronk had some heat in WWE, but not because of anything he did. He was compared to a “Saudi Prince” by some in regards to how well he was treated above everyone else. This incident with McMahon was said to be a perfect illustration of that.

Vince McMahon seemed to be all smiles after the dive. He obviously had a good time getting his adrenaline pumping. It still wasn’t on his agenda to take that bump during WrestleMania.

You can check out the video clip below.