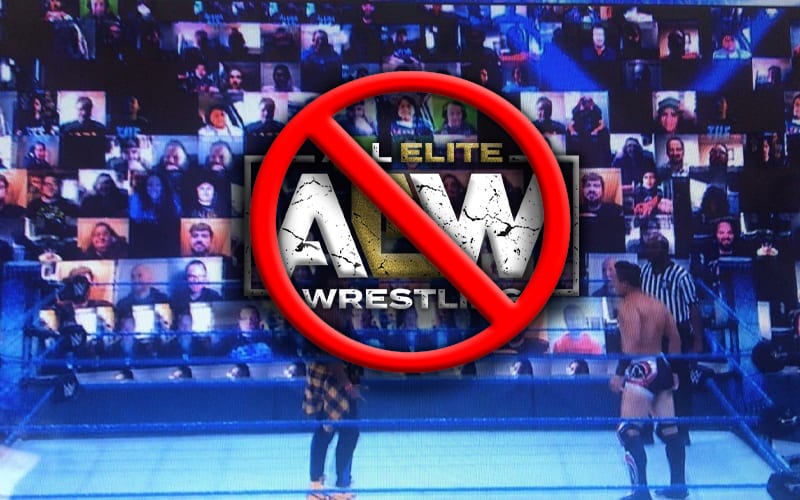 “The reason the AEW talk happened was because they [producers] were discussing what can be shown on screen, and that they have ability to quickly click and boot someone [out of the screen]. They also talked about a list of shirts or what can be [allowed] on screen,”

WWE might need to keep an updated list of AEW merchandise in the production truck because they release new shirts on a weekly basis.

We previously reported that fans who do anything too inappropriate will be responsible for any fines the incur from the FCC. Wearing an AEW t-shirt might not be enough to get the FCC to hand down a fine, but it’s enough to get a quick boot out of the ThunderDome.