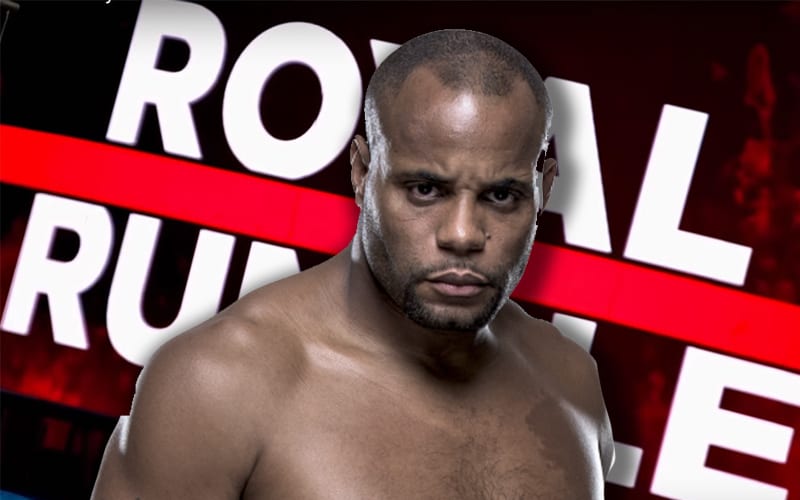 Daniel Cormier retired from the UFC, but he’s not going to just sit at home. WWE is still a very real possibility for the former UFC Heavyweight Champion.

While speaking to Sports Illustrated, Cormier confirmed that he is interested in coming into WWE. He also stated that: “That’s not my retirement. That would be a vacation.”

His journey through pro wrestling doesn’t have to be extensive, but he would like something like a moment in the Royal Rumble where he can throw someone out, but then take a bump himself.

“I’d love a Royal Rumble moment where I throw a dude into the ropes and I clothesline his ass over the top, or I dropkick somebody over the top rope,” Cormier said. “And I’ll take my bump and get thrown out.

“Let me chase somebody down, clothesline him with a Bradshaw-Layfield clothesline from hell and eliminate somebody from the Royal Rumble, then throw me over the top. Pro wrestling? I’m all in.”

JBL might be retired, but Daniel Cormier could be capable of laying in a Clothesline From Hell just like Bradshaw used to. The big question is how WWE would use Daniel Cormier at a time when they have a lot of things shifting around to turn the page into the age of the ThunderDome in WWE.