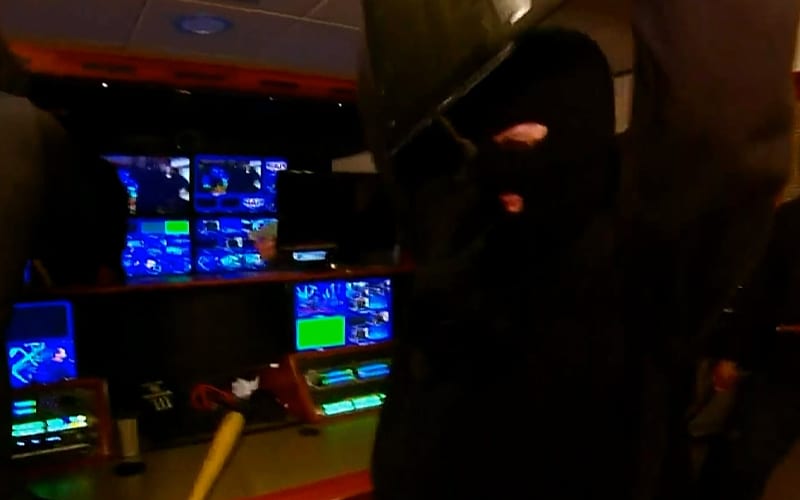 WWE started off their final show from the Performance Center with a bang this week. They will start at the Amway Center very soon and Retribution gave them one incredibly violent send-off.

Retribution hijacked the opening video package before Raw. Click here for that strange footage. Then Drew McIntyre came out to cut a promo on Randy Orton.

The King Of Claymore Country’s promo was interrupted as the camera kept taking strange cuts. They played strange highlights from other video packages and different random graphics played on the screen. Something was going wrong in the production truck.

Finally, a camera was shown going up stairs into the production trailer. Retribution was in the truck and they were attacking the production crew. They threatened to make them cut the broadcast and they did just that before cutting to their first commercial break.