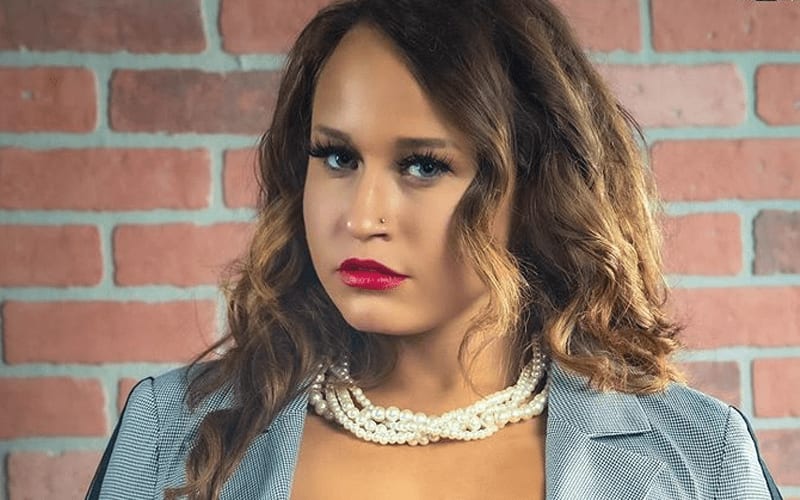 Yesterday, a man broke into WWE Superstar Sonya Deville’s residence and attempted to kidnap her. The man was arrested and taken away by the police but it was a very scary ordeal for Deville.

IMPACT Star Jordynne Grace took to her Twitter handle to comment on what had happened to Deville yesterday. Grace called out some male wrestlers for saying that wrestlers should be flattered when fans send them mail on their home address.

Grace said that such incidents are scary and are their biggest fear.

And then some male wrestlers have the audacity to say that the fact that fans seek out our home addresses to send mail should be flattering. It is SCARY and this is our biggest fear.

It seems like Grace is referring to comments made by Brian Pillman Jr that led to his Twitter beef with Ethan Page. Page lashed out at Pillman for quoting a piece of advice from a veteran who had told him something very similar to what Grace is talking about.

The following is what Pillman precisely said in his tweet to Page.

I heard a bit of advice from a vet before, “You shouldn’t be worried when fans are showing up at the airport to meet you or sending you fanmail to your personal address. You should be worried when they aren’t”…

Needless to say, it isn’t a pleasant experience when fans violate the privacy of those in the limelight. Even then, there are many people with twisted obsessions who go to scary lengths to get what they want from their favorite celebrities.