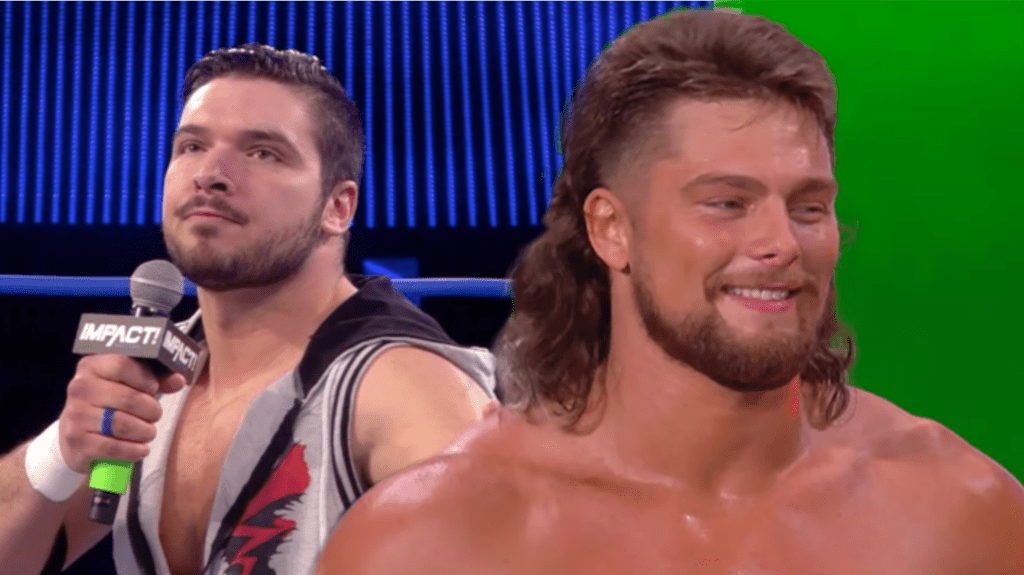 Recently, a fan managed to track down the address of Impact Superstar Ethan Page’s grandmother and sent her a mail. The mail contained pictures of Page that the fan wanted autographed.

Page, obviously annoyed by the audacity of the fan, took to his Twitter handle to address this issue. He requested fans to not do things like these and respect his family’s privacy.

It’s not my family’s fault I chose to do this stupid job.

That’s it. Thank you.

Second Generation pro-wrestler Brian Pillman Jr decided to give his two cents on the incident. Pillman quoted advice he received from a business veteran and implied that the real problem is when the fans stop caring about a wrestler.

I heard a bit of advice from a vet before, “You shouldn’t be worried when fans are showing up at the airport to meet you or sending you fanmail to your personal address. You should be worried when they aren’t”…

This didn’t sit too well with Ethan Page who said that Pillman, who doesn’t respect people’s belongings backstage wouldn’t care about his family’s safety and personal space. Page went on to call Pillman a “weird FN guy” and wondered how people tolerate him.

Pillman responded to Page by saying that he always respected his work and revealed that he once drank the IMPACT Superstar’s energy drink backstage.

Pillman said that he has always regretted doing that and was just trying to quote a veteran’s advice.

Whoa brother tell me how you really feel

I’ve always had a lot of respect for you and your work and I’ve always regretted drinking your energy drink that night. I was just relaying something a vet said before about people camping the airports.

AEW FTW Champion Brian Cage laughed about the incident. Pillman then went on to reveal that he had already made up to Page for his mistake on the next show.

It’s unclear if the two were able to patch things up. Hopefully, the original message was made clear that fans shouldn’t send anyone’s grandmother fan mail.