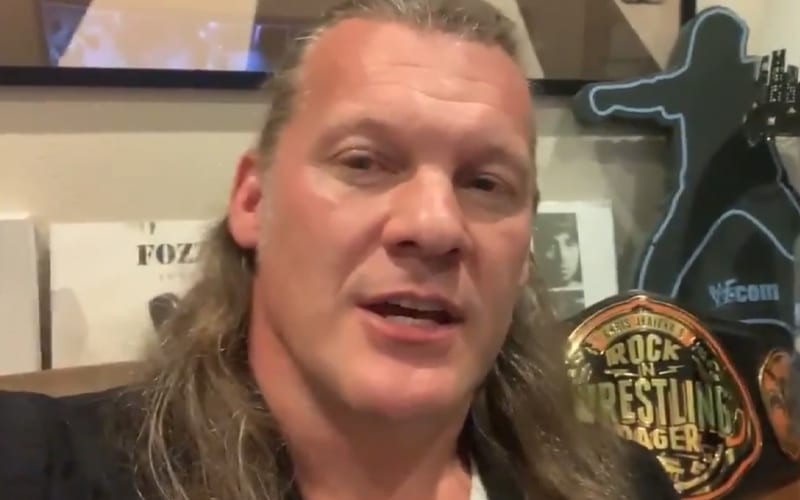 At last week’s episode of AEW Dynamite, long-time WWE referee Mike Chioda made his AEW debut during the TNT Championship match between Cody Rhodes and Scorpio Sky. Chioda then acted as a referee in the highly anticipated match between Chris Jericho and Orange Cassidy.

Chioda’s debut created a lot of buzz online and fans were stoked to see the legendary ref back in a pro-wrestling ring.

Prior to his release from WWE earlier in April, Chioda had been with the company for 30 long years. Chris Jericho addressed this issue on Saturday Night Special Q&A on his YouTube channel.

Jericho said that he had talked about bringing Chioda in with both Cody and Tony Khan. They decided not to bring him in immediately since they already have referees and use him when the time is right for a big bout.

Cody and I had talked about having Mikey come in… We were thinking, like, maybe we should try to bring him in. I mean, we asked Tony Khan [and he said], ‘But it’s the middle of a pandemic, and bringing in a new referee when we’ve got referees-‘” Jericho explained. “But I always said that when the time is right, let’s bring him in for a big match.

They finally brought him in for AEW Dynamite last week for two big matches. Chioda also did a special spot during Jericho vs Cassidy where he took Y2J’s bat away instead of turning a blind eye on it.

Jericho said that Cody is very smart for bringing in Chioda for their TNT Championship match because his presence made the match special. Rhodes asked Chris if he wanted to use Chioda for their match and the former AEW World Champion saw a lot of story-telling potential in that move.

Eventually, they did the spot and everything worked out well for all the people involved. Jericho said that although Chioda hasn’t penned a deal with AEW yet, he’d hope that they can work with him in the future.

And Cody is very smart, he brought him in and it made that TNT title match special. And then he asked me if I wanted to use him. I go, ‘Well, we can really use him in this match and make a story around it’. You know, ‘If you want a job, you better do the right thing’. Then, of course when the time comes, he turns his back, he takes it away.

He’s not signed with us but hopefully we can have him come back with us more.

Jericho then took shots at WWE for firing a loyal and long-time employee like Chioda amidst a pandemic. He said that at Chioda’s age, it’s hard looking for jobs elsewhere and WWE should be ashamed for letting him go like this.

Jericho also recalled how the company had done the same thing to long-time time-keeper Mark Eaton and haven’t been able to replace him till date.

I mean, come on, seriously? 35 years the dude has been at your company and you’re going to fire him? Besides the fact that the dude is a great guy and such a talented performer, and can run the whole backstage, but after 35 years, what’s he supposed to do? Go get a job at freaking 7 Eleven? Like, shame on you WWE. They did it to Mark Eaton, a famous ringside guy that they still haven’t been able to replace him yet. When I was looking for time cues, Mark was always the guy.

Chioda is one of the most recognisable referees in the business and he is also responsible for officiating a number of legendary matches in WWE. We hope that he pens a deal with AEW soon and continues his work as a terrific referee.