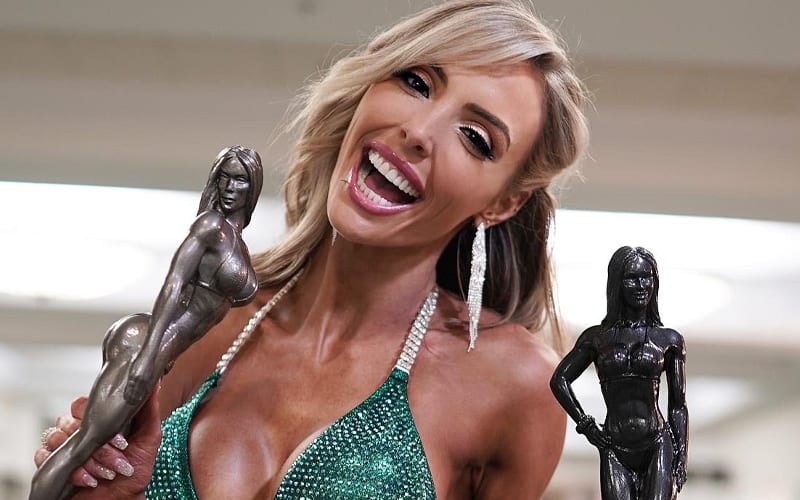 Peyton Royce works hard and she recently focused her energy on a big task. She competed in her first-ever bodybuilding/ fitness competition, and she did pretty well for herself during her first attempt.

Royce uploaded a video not too long ago showing off her hard training. You can check that out here. It took a lot more than just pumping iron to prepare for that competition.

After competing, she had a 2nd and 3rd place trophy to pose with. She included a caption saying: “Ain’t no telling me no,” while she had a big smile on her face.

The IIconics member didn’t reveal which competition she went to, but her husband Shawn Spears was obviously very supportive. He tweeted out saying: “Simply incredible.”

We’ll have to see if Peyton Royce makes a hobby of cleaning up at fitness competitions. Odds are she’s going to keep going until she pulls down a 1st place trophy if we know anything about her.