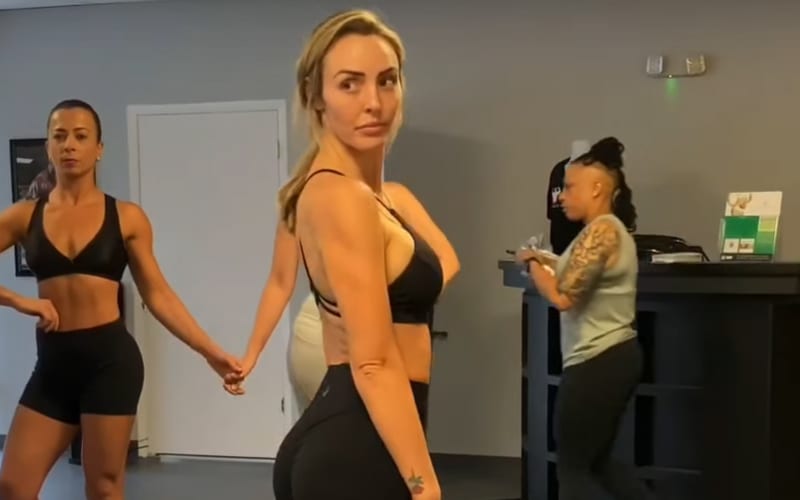 Peyton Royce has big goals and she’s not stopping at becoming a WWE Superstar. She is now prepping for her first bodybuilding competition.

Royce uploaded a new video in her “Cassie Vs” series. This time she covered her 1st prep for a bodybuilding/ biniki competition. This is a big goal that she’s about the check off her bucket list.

The description of the video revealed that Royce has been training for two weeks. It’s been a “draining” experience, but also fulfilling.

I’ll have ticked off ‘Compete in a bodybuilding/ bikini competition’ From my bucket list by this time next week! I’m so excited & nervous for the show. These past 2 weeks have been so fulfilling & draining at the same time. I’ve come to learn that ‘prep brain’ is a real thing because I have had no brain power to do anything except prep since I started this journey. Normally, a full ‘prep’ would consist of 12 weeks of solid ‘clean eating’ (a coach would come up with this plan of attack. It’s not made up as you go kinda thing) & serious workouts in the gym! It requires an insane amount of focus & mental toughness & only the strongest survive! Lol sounds like a new tv series! So anyway, along I trot & aim to do what competitors do in 12 weeks, in THREE!!! 12 weeks has always felt so intimidating to me which I think is partly why I haven’t attempted this in the past. 3 weeks sounded much less intimidating & from a mental stand point was a good but challenging starting point for me.

Vince McMahon is reportedly very high on Peyton Royce. He sees big things in her, Bianca Belair, and Bayley as well. Royce has a lot of drive and obviously, she’s not one to back down from a challenge either.

You can check out the video below to see Peyton Royce’s recent journey prepping for her first bodybuilding competition.