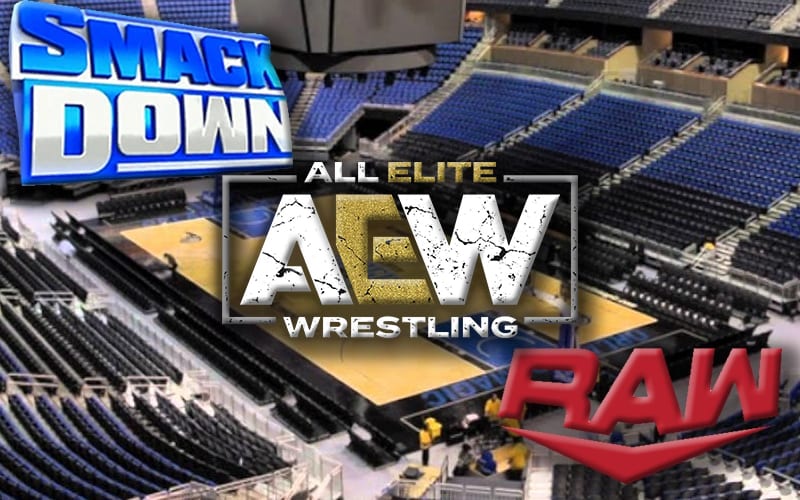 WWE carried on through the pandemic and didn’t miss a week of programming. This came with a drop in viewership, but the company is hopeful that a move to the Amway Center will fix that.

Fans won’t be allowed into those Amway Center events. This was something that WWE had to agree to with the city of Orlando before they were permitted to start their Amway Center move. Virtual fans will be brought in, and it could make a difference.

During Wrestling Observer Radio, Dave Meltzer brought up WWE’s move to the Amway Center and how this is their most recent attempt to correct their direction. All the while, the company is still paying close attention to AEW’s actions.

“I know that there was a lot of feeling that the reason — you know because AEW is never doing better because either they have a better product, or better matches, or better workers. Okay? They’re doing better and there’s always another reason. So, now the reason is that it’s too dark and their place is more lively — which it is, this is true. So, we gotta get out of that place [the Performance Center] and not make it dark then we’ll be back on our way, you know again, it’s not like they could ever be presenting a better product.”

WWE’s new virtual fan experience could add a lot to their product, and the company also needs to bring back fans. Perhaps this new tactic will work as WWE continues to pay close attention to AEW while trying everything they can to make a difference in their presentation.