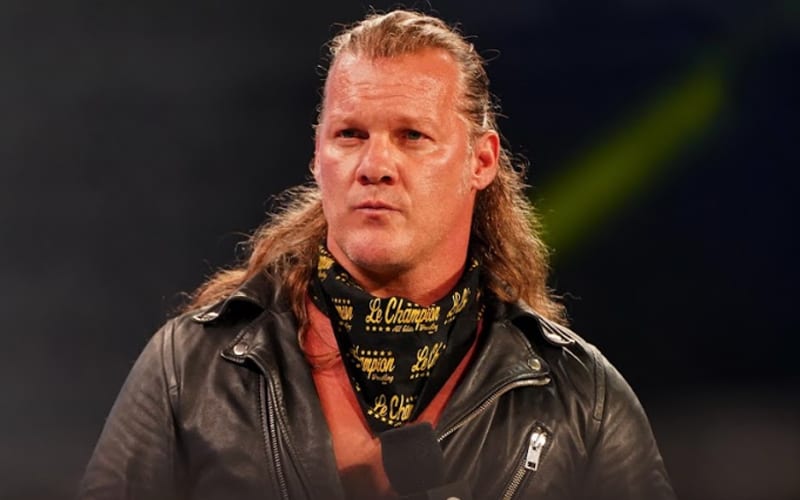 Eric Bischoff’s AEW Dynamite appearance was spoiled online in advance and as of late, many potentially significant details about the show are being spoiled on online forums however there have been conflicting reports on their validity.

Chris Jericho talked about these leaks on the latest episode of his Saturday Night Special Q&A on YouTube. Jericho said that the company knows about the person who spoiled Bischoff’s appearance on Dynamite.

He said that an “NXT Reject” was responsible for spoiling Eric Bischoff’s Dynamite appearance and this person will never be back in AEW again.

Social media is a different ball of wax, though. I think the amount of people who are on social media is very small compared to the overall people watching. For example, when we had the debate and Eric Bischoff was announced on Reddit — and we know the spy is, by the way. Oh, we know. He’ll never fucking be back in AEW. [An] NXT reject was a spy, so print that.

Multiple former NXT Superstars have been spotted in AEW in the past few weeks. Cezar Bononi was a member of the audience on an episode of Dynamite, Tino Sabatelli had a match on DARK as “Sabby” and Tay Conti is currently teaming up with Anna Jay in the AEW Women’s Tag Team Tournament.

Jericho didn’t explicitly name the culprit but fans are already making speculations online to find out the identity of the spy. The segment with Bischoff went well regardless of being leaked online but it would have been an even bigger surprise had it not been spoiled in advance.

You can watch Ep 19 of Saturday Night Special here:

Thank you to Fightful for the quotes.